Britain struggled through the early years of WWII as they lacked a truly powerful and reliable engine to power their tanks. The V12 Meteor engine was derived from the legendary Merlin engine, and proved to be exactly what the British had been looking for.

Before the arrival of this engine, Britain produced a string of rather underwhelming tanks that were either unreliable, slow or under-armored.

Much of this was due to a lack of suitable engines.

This all changed with the Meteor though, as it brought high horsepower and tons of torque in a reliable 27 litre package. This mighty V12 broke Britain’s bad streak of tanks, powering excellent vehicles like the Comet and Centurion.

To understand why the Meteor was so great and why it was needed, its important to understand Britain’s tank doctrine before the Second World War.

It was believed that three types of tank would be most effective; infantry, light, and cruiser tanks.

Infantry tanks were slow, but had heavy armor. Light tanks were fast, but thinly armoured and often armed with small calibre machine guns. Cruiser tanks had decent armour and firepower, while being more mobile than the infantry tanks.

During an attack the infantry tanks would advance at walking pace with the infantry, absorbing incoming fire and acting as cover. Once they had broken through the enemy’s position, cruiser tanks would rush through and wreak havoc behind the lines.

Light tanks were tasked with reconnaissance duties and assisting the cruisers.

The cruiser family started in the early 1930s with the Cruiser Mk I. As mentioned, cruisers were supposed to be fast, but the 14 ton Cruiser Mk I was only capable of 25 mph on road and 15 mph off-road.

This is hardly surprising, considering it was powered by a rather paltry 9.4 litre 150 hp engine.

The next in line was the Cruiser Mk II. This vehicle carried a respectable 30 mm of armor at its thickest, but it used the same engine as the Mk I so its mobility was even worse. At 16 tons it could only reach 15 mph on road and 8 mph off.

Come 1938 the cruiser line had reached the Cruiser Mk III. This tank was powered by the 340 hp Nuffield Liberty engine, a 27 litre V12. This significant boost in power gave the Mk III a good top speed of 30 mph, but the armour was still very thin.

These tanks were used in the Battle of France – where they suffered bad losses – and North Africa. Their mobility really shined here, but their armor was simply too thin to deal with newer designs.

1941 saw the introduction of the Cruiser Mk VI, better known as the Crusader. This vehicle had improved armour, but with the same Liberty engine the mobility suffered.

The Crusader was adequate in combat, particularly the Mk III with the 6 pounder gun, but ultimately it was an outdated design. The Liberty V12 was over stressed and suffered from continuous reliability issues.

The Crusader’s replacement – the Cromwell – was already under development in 1941.

Britain’s experience with underpowered vehicles made one thing very clear from the outset: more horsepower was needed.

Meanwhile, in the air, Britain already had a war winning engine powering its aircraft; the Rolls-Royce Merlin.

The Merlin was a 27 litre supercharged V12 that rose to legendary status during the war. In its early versions it produced around 1,000 hp, but by the war’s end this had risen to nearly 2,000 hp.

Early in the war Rolls-Royce set up a team led by W.A. Robotham (an official in the company’s automobile division) to collect Merlin engines from crashed aircraft.

Due to the extreme tolerances, precision and reliability required for aircraft components these engines could not be re-used in this role, but Rolls-Royce still saw value in them and hoped they would find a use for them at some point.

In 1940 there were talks between Rolls-Royce and tank manufacturer Leyland about tank power plants. These talks lead to the idea of placing one of Robotham’s recovered Merlin engines into a tank for testing purposes.

In 1941 a refurbished 1,000 hp Mark III Merlin had its supercharger and propeller reduction gear removed, and engine rotation reversed. It was fitted into a Crusader tank to assess its performance and identify mechanical stresses. It was also an opportunity to see if it could even remain cool in the confines of a tank.

Now producing 550-600 hp, this motor had almost double the horsepower of the Crusader’s previous Liberty engine, but with the same 27.0 L displacement.

How did you test go, you ask? Well, the experimental Crusader was so fast that the test team struggled to record its maximum speed. It was estimated to have reached 50 mph.

After this decisive display, an order was immediately placed for the engine – now called the Meteor.

Unsurprisingly, the massive power increase pushed the Crusader’s drivetrain to its limits. If it was to use the Meteor, it would need a full redesign. Instead, efforts were focused on putting the Meteor in the Cromwell, the Crusader’s planned replacement.

Building enough Meteors was the biggest issue; Rolls-Royce didn’t have the capacity as the Merlin was considered a far higher priority. Rover started making Meteors in 1942 in preparation for the Cromwell.

The production Meteor differed from the Merlin in numerous ways. The supercharger was removed, the engine’s direction of rotation was reversed to match that of automotive gearboxes, the propeller reduction gear was deleted, it used ordinary petrol instead of high octane aviation fuel and the forged pistons were swapped with cast ones.

Many components were parts that had been rejected by the Merlin’s strict quality control, as tolerances in ground based applications were much looser.

The Meteor In Service

The Cromwell was heavily delayed, partly due to the lack of Meteor engines, finally arriving in 1944 in time for D-Day. Despite having much thicker armour than previous cruiser tanks, the Cromwell could comfortably reach 40 mph.

This would eventually be limited to 32 mph, as these incredible speeds could actually damage the vehicle on rough terrain and lead to excessive wear on the drive train.

The Meteor was so under-stressed that it provided this performance with a maximum of 2,250 rpm. The engine was barely under any strain, and as a result was very reliable in service.

The Meteor finally gave Britain not only a good tank engine, but a world class one.

The Cromwell would, like its predecessors, quickly become obsolete, but this time it wasn’t by fault of its engine.

The next vehicle to use this engine was the Comet, a vastly improved version of the Cromwell with a powerful 76.2 mm (often called a 77 mm) gun. It was 5 tons heavier but could still happily reach 32 mph.

The Comet stayed in service with Britain until the late 1950s, and much longer in other militaries.

The Comet led to arguably the world’s first main battle tank: the Centurion. The Centurion is widely considered to be one of the greatest tank designs in history, and it was powered by the Meteor engine.

It was certainly no speedster like the Cromwell and Comet, but it possessed excellent firepower and armor protection.

The engine finally met its match in the Conqueror though, which was introduced in 1955. This tank was a true monster; armed with a 120 mm gun and weighing more than 70 tons.

The Conqueror was fitted with an fuel injected Meteor that produced 810 hp, but even this struggled to get the tank much past 20 mph.

Other notable vehicles that were powered by the Meteor include the Charioteer and Tortoise.

The Meteor engine was massively successful, being used in eight British tanks. The engine ironically out lived the Merlin from which it was derived, still being produced up until 1964, eight years longer than the Merlin.

Rolls-Royce’s original V12 design from the 1930s ended up powering some of the best military machines ever, like the Spitfire and P-51 in the Sky, and Centurion on the ground.

The same cannot be said for many other engines.

It is for these reasons the Merlin and Meteor engines are regarded as some of the most successful military power plants ever made. 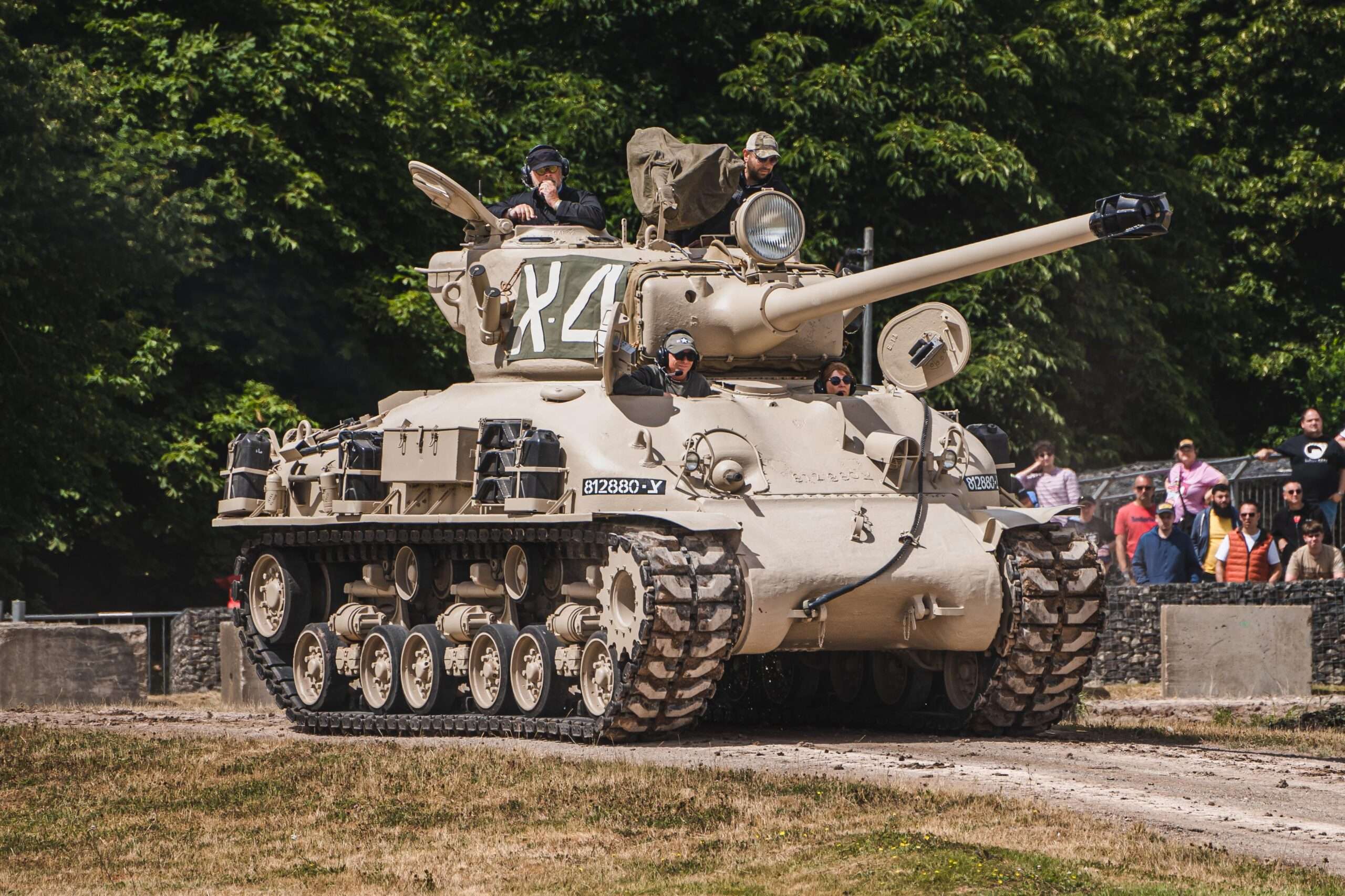 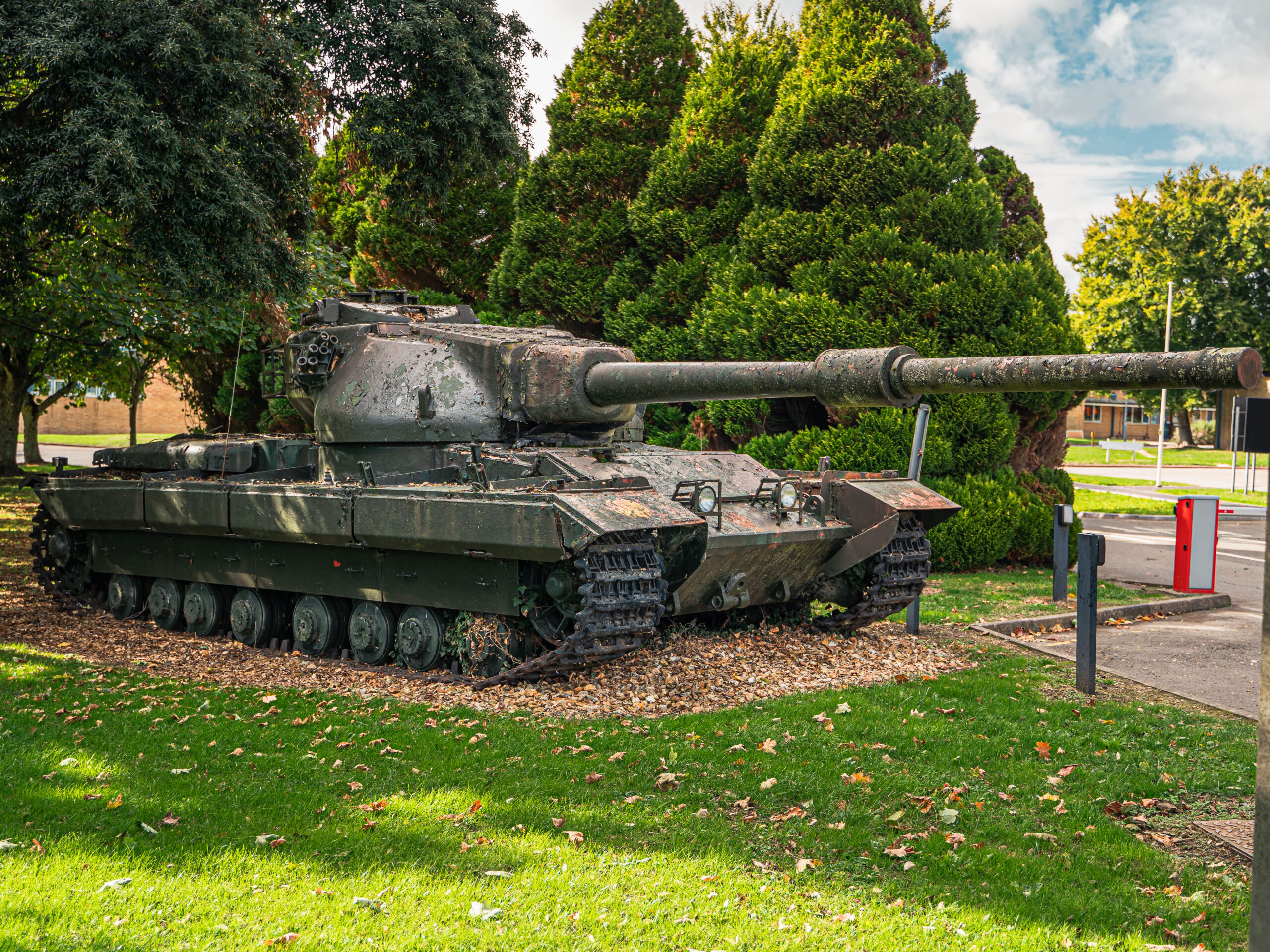