The Type 99 is a third generation main battle from China, and represents the very pinnacle of their tank designs. As with many Chinese vehicles, the Type 99 borrows many features and technologies from both Western and Soviet designs, resulting in a tank that is a unique blend of two very different design philosophies.

From a purely visual perspective, the Type 99 has the proportions and size of the T-72, as well as the angles and lines from Western main battle tanks.

Unsurprisingly, relatively little is known about the Type 99, but if its statistics are true, it is one of the most capable tanks in service today, with a 125 mm gun, active protection systems, powerful engine and ERA that is reportedly capable of defeating tandem warheads.

Following the Communist takeover of the Chinese mainland in 1949, the majority of the People’s Liberation Army (PLA) equipment was supplied by the Soviet Union, until the formal rupture of relations in 1961.

Even before this date, most Chinese tanks were knock-offs of Russian designs, and these unauthorised imitations were generally poorly regarded by Western militaries.

By the end of the Twentieth Century the Chinese Communist Party (CCP) had started the process of a massive militarisation modernisation program, and newer and more capable designs of all types of military equipment were starting to appear in the PLA’s inventory.

Nowhere was this more apparent than in the design and manufacture of main battle tanks (MBTs), culminating in the debut of the formidable Type 99 third-generation MBT in 2001.

The First Persian Gulf War of 1991 profoundly shocked the leadership of the PLA on many levels, particularly in the field of modern mechanised warfare. Fast-moving Abrams and Challenger tanks easily destroying hundreds of T-72s belonging to the Iraqi Army and the Republican Guard, without suffering a single combat loss to enemy fire deeply disturbed Chinese military thinkers.

China had a few MBTs in this period, namely the Type 85 and Type 88. Whilst still seen as vast improvements over earlier models and incorporating many Western features and equipment, the leadership of the PLA realised the need for a more state-of-the-art design of tank better able to survive in a modern combat environment.

Accordingly, from the 1990s Chinese manufacturer Norinco produced a series of new designs that was to result in the penultimate Type 99 series of main battle tank.

The Type 99 has a somewhat convoluted design lineage, which will be presented in a simplified form for the purpose of this article.

The standard second-generation MBT of the PLA in the 1990s was the Type 96, a derivative of the earlier Type 88. This vehicle had been deployed in large numbers, but following Soviet/Russian practice of the time a higher capability tank was intended to be procured to supplement the Type 96 in PLA service.

This supplementary acquisition came into being as the Type 98 on October 1999, which itself was a derivative of the earlier Type 90, a model that was solely produced and manufactured for export purposes.

While the Type 98 was seen as a great improvement on earlier second-generation MBTs in current service, it was only produced in small numbers and mainly served as a prototype for the Type 99 design.

The Type 99 program was initiated in 2001, based on the upgraded Type 98G then in limited service. While this new model was a lineal derivative of the Soviet T-72 series, it boasted many new design features of Chinese manufacture, several of which were considered cutting-edge developments at the time.

This new program achieved many improvements in protection, mobility and firepower, along with command and control capabilities.

The Type 99 program has several derivatives from the original 2001 model, and these sub-types have upgrades to turret armour shaping, vehicle active protection and changes to the commander’s periscope and work station which includes a new independent thermal imaging viewer.

The latest variant of the Type 99 is powered by a 34 litre turbocharged V12 diesel engine which generates a generous 1500 brake horse power. This power pack, manufactured by Norinco, is an adaptation of the German MB871ka501 diesel engine.

Early models of the Type 99 had a manual transmission with seven forward and one reverse gears, but the latest variant has a CH1000 semi-automatic transmission with six forward and two reverse gears. This drivetrain combination gives the Type 99 a cross-country speed of 37 mpg (60 kmh), and the vehicle can attain 49 mph (80 kmh) on road surfaces. From a standing start, the tank can accelerate to 19 mph (32kmh) in only 12 seconds.

The armour protection on the Type 99 remains largely unknown due to classification, but is estimated to be substantial and effective. It is believed that the 600 mm frontal arc armour of the Type 98 has been increased to 700 mm.

New model explosive reactive armour (ERA) blocks have been observed fitted to the Type 99 armour, and the turret in the latest variants has undergone extensive re-shaping, including a redesign of the gun mantlet which eliminated a ‘shot trap’ in earlier models.

The new armour package including ERA is estimated to provide the equivalent protection of 1000 to 1200mm of rolled homogenous armor (RHA).

The latest variants of the Type 99 boast both soft-kill and hard-kill active protection systems, which, if they work as intended, greatly boost the platform’s survivability in modern combat scenarios. There is an anti-laser system designated JT-1 mounted above the gunner’s hatch, which can be operated by both gunner and vehicle commander.

It is comprised of components that detect the use of enemy lasers, and also projects a powerful return laser beam that can dazzle/permanently destroy an opponent’s optics and/or laser generator.

The Type 99A variant has also been observed to be fitted with a hard-kill active protection system that is thought to be an indigenous copy of the Russian Arena system. It includes a millimetre wave detection apparatus to detect incoming projectiles.

The main armament is a ZPT-98 125 mm smoothbore gun, which is 51 calibres in length, and is fully stabilised for firing on the move. It is supplied by an autoloader based on the carousel MZ series equipping the T-72, and holds 22 rounds ready for firing. A further 42 rounds are carried in the turret and hull.

Read More IS-3 – the Soviet Heavy that Scared the West

The gun can be fired in both auto-loading and manual loading modes, with a rate of fire of 10 rounds per minute when utilising the autoloader.

Using this type of munition, the tank can engage targets out to a range of 3 miles (5 kilometres).

The command and control system provided is used in conjunction with on board navigation and communication systems to coordinate with friendly infantry and aircraft in the battle sphere.

The People’s Liberation Army has not been involved in heavy warfighting since the Sino-Vietnamese War of 1979, which despite the disparity of opposing forces was generally considered to have been a tactical draw. As such, the PLA only modernised its tactical operating doctrine after reforms following the First Gulf War, which saw much modernisation in its armoured forces.

Read More Panzerhaubitze 2000 – The Self-Propelled Gun of the Future

As the Type 99 is an expensive tank to manufacture and procure by Chinese standards (up to $2 million per vehicle) only a relatively low number of Type 99s are currently in the PLA’s inventory.

Current Chinese doctrine is for the Type 99 to act as a spearhead for the PLA’s armoured divisions, breaking the front line positions of opposing forces and preparing a path for the more numerous upgraded Type 96 MBTs equipping Chinese formations to exploit breakthroughs and other tactical opportunities.

At the time of writing, much development work continues on the Type 99 series, which shows much potential for platform growth. The latest Type 99A2 series is currently in use by the PLA, and a new variant is reputed to be under development.

Further design enhancements are reported to be addressing such issues as reliability, field repair times and improvements to communications, interoperability with friendly forces, and situational awareness on the modern battle ground.

The Type 99 is a formidable fighting vehicle which appears to have an excellent combination of mobility, protection and firepower. However, despite its superlative qualities several issues may constrain its employment by the PLA into the future.

One of these is the extremely high cost of the platform, which could limit the numbers available for use in Chinese armoured formations, and may force the PLA to rely more heavily on lesser quality tanks as the Type 96 for the majority of its combat requirements in the future.

Another factor may be the possible Achilles heel of the carousel auto-loader used in the vehicle, which has shown itself to be a major point of vulnerability in these types of vehicles, something that has become particularly evident in the current conflict in Ukraine.

Numerous T-72 variants have been destroyed by modern Western anti-tank missiles in this conflict, despite the use of ERA blocks to protect the top of the turret. These spectacular ‘jack-in-the-box’ kills have shown the efficacy of modern tandem warheads against MBTs using auto-loading systems, and the Type 99 may find itself susceptible to this type of attack.

The Type 99 is a well-designed and lavishly equipped example of a modern MBT, but its true measure of success will only be realised after it faces the unforgiving test of modern armoured combat. 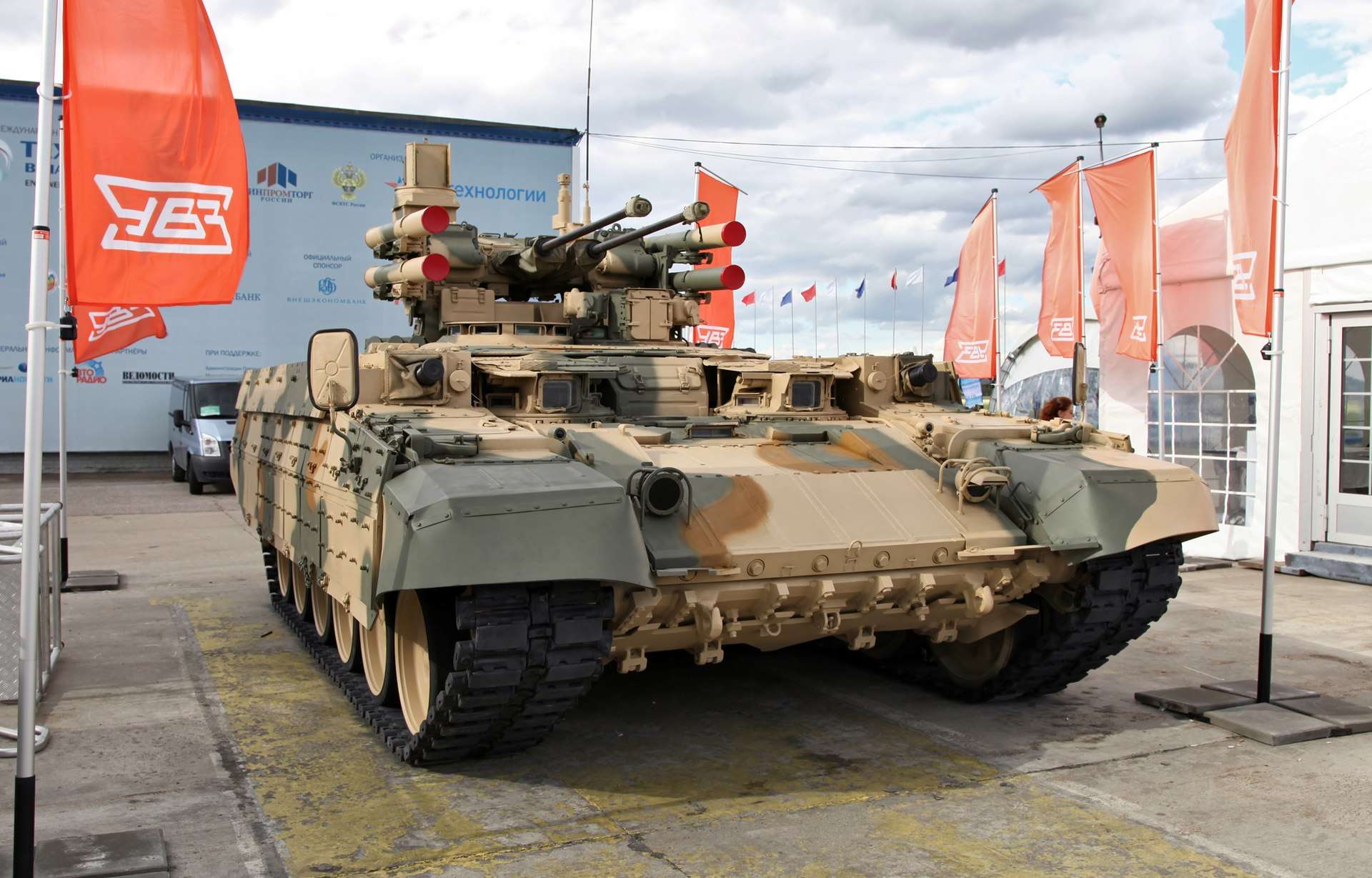