If the F-22 Raptor was a tank it would be the Versuchsträger Gesamtschutz, better known as the VTGS. Meaning “test vehicle full protection”, this slab-sided tank was dreamed up in the 1980s as a test bed for stealth technologies.

Although it looks like something pulled out of a bad graphics video game, it was actually an extremely advanced piece of design that taught engineers ways to reduce a tank’s visibility to the enemy.

Its designation of “test vehicle full protection” is in reference to the modifications granting visual, infrared, radar and physical protection.

The vehicle was in storage for a number of decades before being relocated to the Munster Tank Museum in 2019.

The Germans created this tank around 1987 to investigate methods of hiding a vehicle from radar and infrared detection systems. These were becoming increasingly sophisticated and commonplace in the 1980s.

Radar is able to pick up a tank by sending out electromagnetic waves in the general direction of the vehicle. A receiver then picks up any waves that are reflected back.

Infrared systems detect infrared radiation (heat) emitted from objects and display them to an observer.

Tanks in particular can stand out in the environment due to their large engines producing lots of hot exhaust fumes. In addition, heat can be emitted from a tank’s gun after firing and even through its armor.

These systems can overcome conventional camouflage and allow a tank to be seen even in poor weather.

They can also be used to guide weapons to a target. Stealth technology – which is most commonly found in aircraft – has been developed to hide machines from radar and thermal imagers.

Eagle-eyed readers will likely notice the VTGS’ familiar proportions. This is because underneath its smooth exterior is a Leopard 1A3 main battle tank, which served as the basis of the VTGS.

Its radar and thermal signature was improved in a number of clever ways.

The highly angular, yet basic exterior shape deals with the radar side of things. As mentioned, radar works by detecting electromagnetic waves that have been reflected off of a target.

One way of hiding from radar is to literally reflect the incoming waves away from the receiver.

This works similar to a mirror.

You will see your reflection in a vertical, flat mirror as the light bounces back the way it came.

However you will not see your reflection when looking at a mirror angled at 45 degrees.

Stealth vehicles use this principle and are designed with simplistic, highly angular shapes to reflect radar waves away from the receiver. Aircraft like the F-22 and B-2 heavily rely on these shapes to hide from radar.

This is the reasoning behind the VTGS’ shape. Tanks have complex and irregular surfaces that will almost always have areas that bounce radar waves back to the receiver.

The VTGS on the other hand has totally smooth, angled surfaces.

But the VTGS, like stealth aircraft, was also covered in a special coating that actually absorbs radar.

The VTGS was made to have a reduced thermal signature too. To do this, designers had to control the heat emitted from the tank.

Tanks emit huge amounts of heat from their exhausts, but heat can also transfer through the armor itself, causing the whole vehicle to glow on a thermal imaging system.

The exhaust system of the base Leopard 1A3 was modified to reduce its thermal signature.

The Leopard 1’s exhaust exits are normally located on the sides of the hull and are extremely obvious through thermal sights.

The VTGS mitigated this by having its exhaust moved to the rear of the tank and hidden under a shield.

The exhaust gasses also travelled through a circular cooling system to cool down before flowing into a diffuser under the shield. This spread the exhaust gasses out behind the tank, making them much less visible.

To reduce the amount of heat that is visible through the Leopard’s armor, there is an air gap between the hull and the angular exterior of the VTGS. This air gap significantly hampers the heat’s ability to transfer from the inner hull to the outer armor.

To complete the “full protection” aspect of its name, the exterior would have served as extra spaced armor all over the tank.

From the very outset the VTGS was a one-off vehicle and was never intended to enter service or be mass produced. As a technology demonstrator, it helped engineers prove and understand the limitations of certain concepts for future use.

For this the VTGS was certainly a success. Many technologies on the VTGS made their way into later German vehicles like the GTK Boxer and Puma.

After it had expended its experimental use the tank was placed into storage and remained there for a number of years.

Another Article From Us: What is The Lump in a Tank’s Barrel?

In 2019 the VTGS was moved to the Munster Tank Museum, where it remains today as an interesting and obscure exhibit. 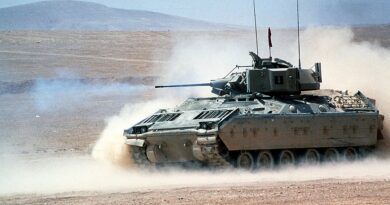 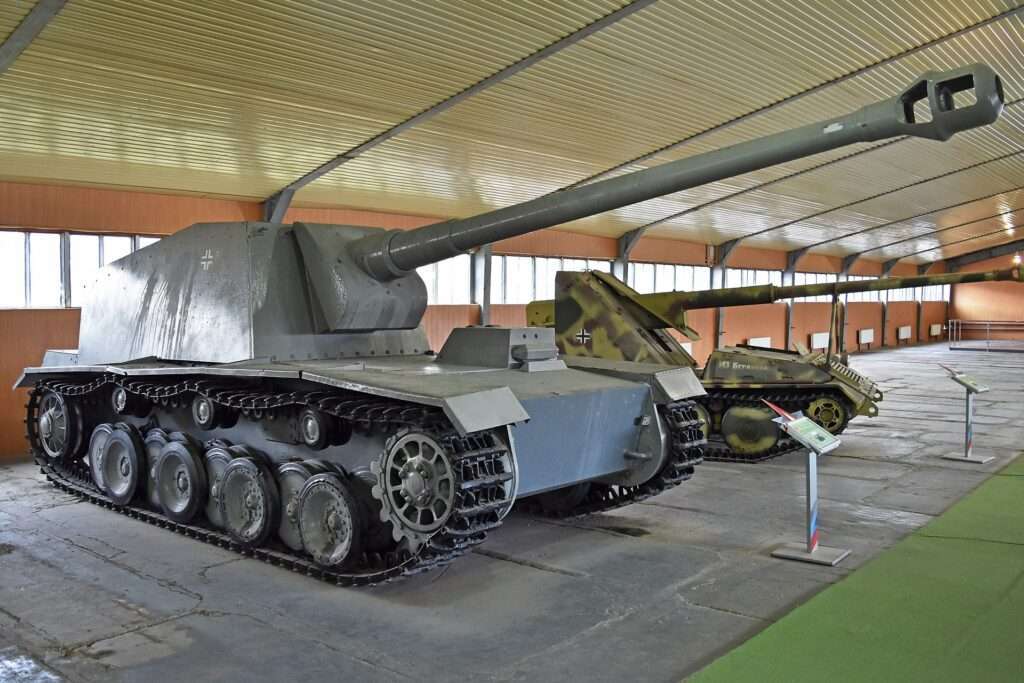 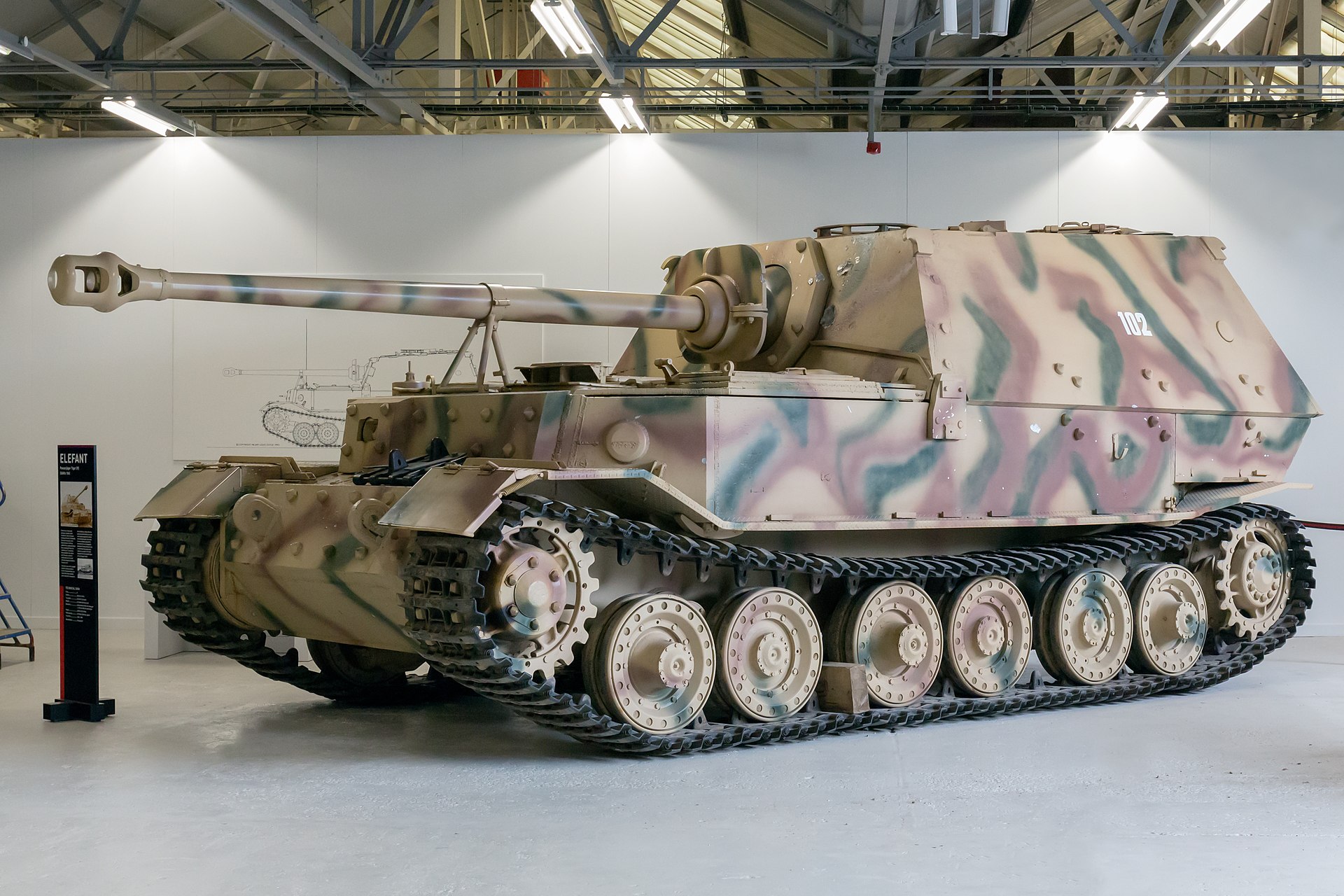 The Elefant – Both Excellent and Terrible