The Sturmtiger was Germany’s answer to the problem of fighting troops in urban environments – deny the enemy usage of a building or fortification by simply turning it to rubble.

We say “simply”, but such a task was anything but simple. In fact, it required a 380 mm rocket launcher and 70 tons of armor, tracks and engine just to have a chance.

The Sturmtiger, officially designated the Sturmmörserwagen 606/4 mit 38 cm RW 61, was an assault gun built on the chassis of the already-powerful Tiger I. It was specially designed to survive the brutal conditions of urban warfare while demolishing city structures.

As such, few vehicles from the Second World War match the power, armor protection and sheer scale of the Sturmtiger.

Only 18 of these mighty beasts were built, with just two still around today. This is the story of the Sturmtiger.

After experiences in Stalingrad in 1942 and 1943, the German High Command (OKW) started reviewing ideas to address complaints from those in the field about the need for an armored vehicle specifically designed to fight in urban environments.

Such a vehicle was needed because in these areas, threats can come from all directions. This, combined with reduced vision and space to maneuverer make towns and cities a tanker’s worst nightmare.

Any tanks that do survive the gauntlet of urban combat have the next problem of not having enough firepower to knock down structures occupied by defenders.

Places like the infamous Pavlov’s House or the Grain Elevator in Stalingrad conjured up vivid nightmares for Wehrmacht commanders, as conventional ordnance did not have the precision nor power to take them down.

The Germans had developed assault guns for these conditions before, namely the Sturm-Infanteriegeschütz 33B and the Sturmpanzer IV (Brummbär), both of which were armed with a 150 mm weapon.

However they needed something with more armor and a bigger gun.

Fortunately for the German army, the Kriegsmarine had been developing a weapon that they soon saw fit to be the answer to their problems. Known as the Raketenwerfer 61 L/54, it was originally designed as a coastal depth charge launcher to for use against submarines.

This was a massive weapon, with a bore of 380 mm (15 in). Despite its origins, its size leant it well to being adapted for use against buildings and fortifications.

After working with the navy, the army produced their own version with a max range of around 5,500 meters (18,000 ft).

With their main armament chosen, the army now had to make the decision on how to field it. Few vehicles were in service in 1943 that could carry such a large weapon and have the armor to survive urban combat.

As such, it was decided that the Tiger I would be the basis of this vehicle. This eliminated typical production issues and teething problems. It also dramatically increased the speed at which a new design can come online.

Not that this made much of a difference in the Sturmtiger’s case, as it ran into significant delays.

In August 1943 the German OKW officially proposed the plan to Hitler, who approved a test model. In October of that same year he viewed the prototype and was impressed – which isn’t surprising considering his love for large armored vehicles.

However, the first Sturmtigers were not completed until February 1944, and an order was not placed until April.

Because the German military desperately needed Tiger tanks on the battlefield, no newly construction hulls could be spared. Hitler personally ordered that only Tiger I hulls needing a depot-level overhaul in Germany could be cannibalized for the program.

Naturally for a weapon of this size and power, a turret was not used and the armament was instead placed in a fixed casemate.

Early concepts of the Sturmtiger featured a rear mounted casemate, but as this would have required moving the engine to the front of the Tiger hull the idea was discarded.

The casemate enabled the Sturmtiger to carry large quantities of armor – after all, to survive in urban environments it would have to be amongst the most heavily armored vehicles the German military had ever produced.

Armor was added on top of the already well-protected Tiger I. The sides and rear remained 82 mm as standard to the Tiger I, but the front of the casemate was an astonishing 150 mm thick.

This was sloped back at 47 degrees, giving it an effective thickness of over 200 mm.

The armor additions brought the Sturmtiger’s weight to more than 70 tons, about ten tons heavier than the Tiger I. As it lacked the longer 88 mm gun, its overall length was shorter than the Tiger I at around 6.2 meters (21 ft).

Despite the new superstructure, the overall height was actually about 15 cm (6 in) lower at 2.8 meters (9 ft 4 in) tall.

Unfortunately for the Sturmtiger, it used the same 700 hp Maybach HL 230 P45 V12 petrol engine from the Tiger I. Still, it was able to reach a respectable 23 mph on road.

The superstructure was the result of building the vehicle around the Raketenwerfer. This box-like superstructure provided plenty of room, and the two loader’s had space to work.

Read More What Does a Muzzle Brake Do?

Coming in at almost five feet long and weighing around 350 kgs (770 lbs), these rockets were no joke to handle. They were comically large, with each projectile measuring 1.5 meters (5 ft) long, despite the mortar tube length of just 2 meters.

They were loaded into the Sturmtiger via a crane.

When loading the vehicle, two crew members would balance the rounds on the ground while the crane operator positioned a claw around the center mass of the round – marked with a white stripe. After securing the claw, the round would be winched upwards and lowered in to the superstructure through an opening in the roof.

Once inside the Sturmtiger, the crew distributed the rounds to their racks either side of the weapon. A total of 12 rounds could be stowed, with the option to carry one in the feed cradle and another in the barrel, bringing the total load to 14 rockets.

The Sturmtiger’s 380 mm mortar has a distinct arrangement of tubes around its barrel. These were added to vent gasses from the rocket-propelled projectiles.

Without these ports, the pressure produced by the rockets would have ruptured the mortar.

In total just 18 were built, a number far too small to have any noticeable impact on the outcome of the Second World War. A few did see significant action however.

The army organized three units to field these beasts, including the prototype. Designated Assault Mortar Companies 1000, 1001, and 1002, each one received four of the new construction Sturmtigers, with Company 1000 receiving the prototype.

Companies 1001 and 1002 were posted to the Western Front, while Company 1000 saw action in the east. It was Company 1000 that would see the first action of any of the vehicles.

During the Warsaw Uprising in 1944, the German military quickly realized that this urban environment was perfect for the Sturmtiger. Beginning in August, the prototype saw almost daily combat in the city and pummeled hardened positions to great effect. Several more of Company 1000’s Sturmtigers were redeployed from Hungary to Warsaw for the battle.

Probably as a result of the immensely positive feedback received, Hitler personally ordered five more to be built. The repair facilities completed these by the end of the year, just in time to see service in the Ardennes Offensive.

All three companies saw extensive service in the offensive, with Company 1000 and 1001 deployed in the south and Company 1002 in the north. However, the technical deficincies of the Sturmtiger quickly became apparent, with some breaking down before entering combat.

Three of Company 1001’s four Sturmtigers broke down and did not participate.

After the failure of the campaign, the army redeployed Company 1000 back to the east, and it is here that one of its vehicles fell into Soviet hands in either Poland or East Prussia. Companies 1001 and 1002 remained on the Western front. It is here that Company 1001 claimed the only tank kills of the vehicle’s history.

When the Americans tried to force their way across the bridge at Remagen, German high command sent in both companies of Sturmtigers to the area; one from Company 1001 claimed to have fired a rocket into a village where American Sherman tanks were waiting. The attack is said to have knocked out more than one Sherman.

Not long after this claimed attack, Company 1001 ferried the remainder of its vehicles across the river and fired the last of its ammunition to stop the American advance. Once out of ammo, their crews surrendered.

Company 1002 shared a similar fate. Having backed away from the Remagen bridgehead, it got caught up in the Ruhr Pocket. After fighting for several weeks, it fired its last shots on April 16, 1945, against approaching American tanks and surrendered in good order shortly afterward.

The Sturmtiger was a theoretically effective weapon that came too late in the war to have any good effect. Though its combat service in Warsaw was superb, the chances for it to shine were few and far between by the summer of 1944, as the Wehrmacht was, in general, on the defensive.

This late in the war, its limited utility is seen in how the Germans employed them on the Western Front. After January 1945, the remaining companies fell under artillery command and control. Hence, these monsters meant to take out city blocks became at best a short-range indirect fire weapons with limited combat utility outside a city.

Read More 2B1 “Oka” – The SPG that Broke Itself When Firing

For those that want to see these larger-than-life machines in person, one of Company 1001’s vehicles seized by the US is currently on display in Germany, and another, captured by the Red Army, is on display at Kubinka, Russia.

Meanwhile, The Tank Museum, Bovington have a Sturmtiger rocket launcher. 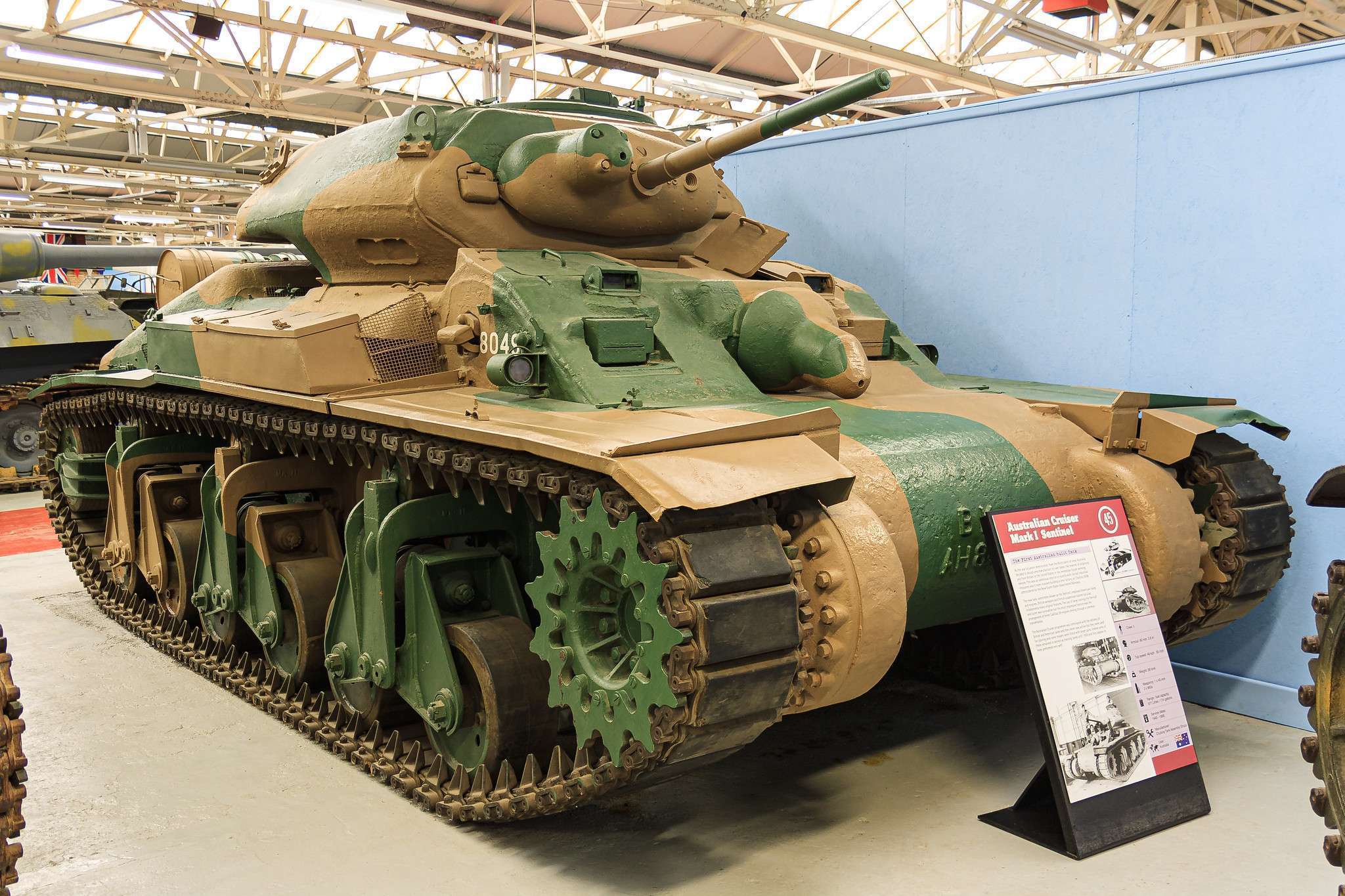 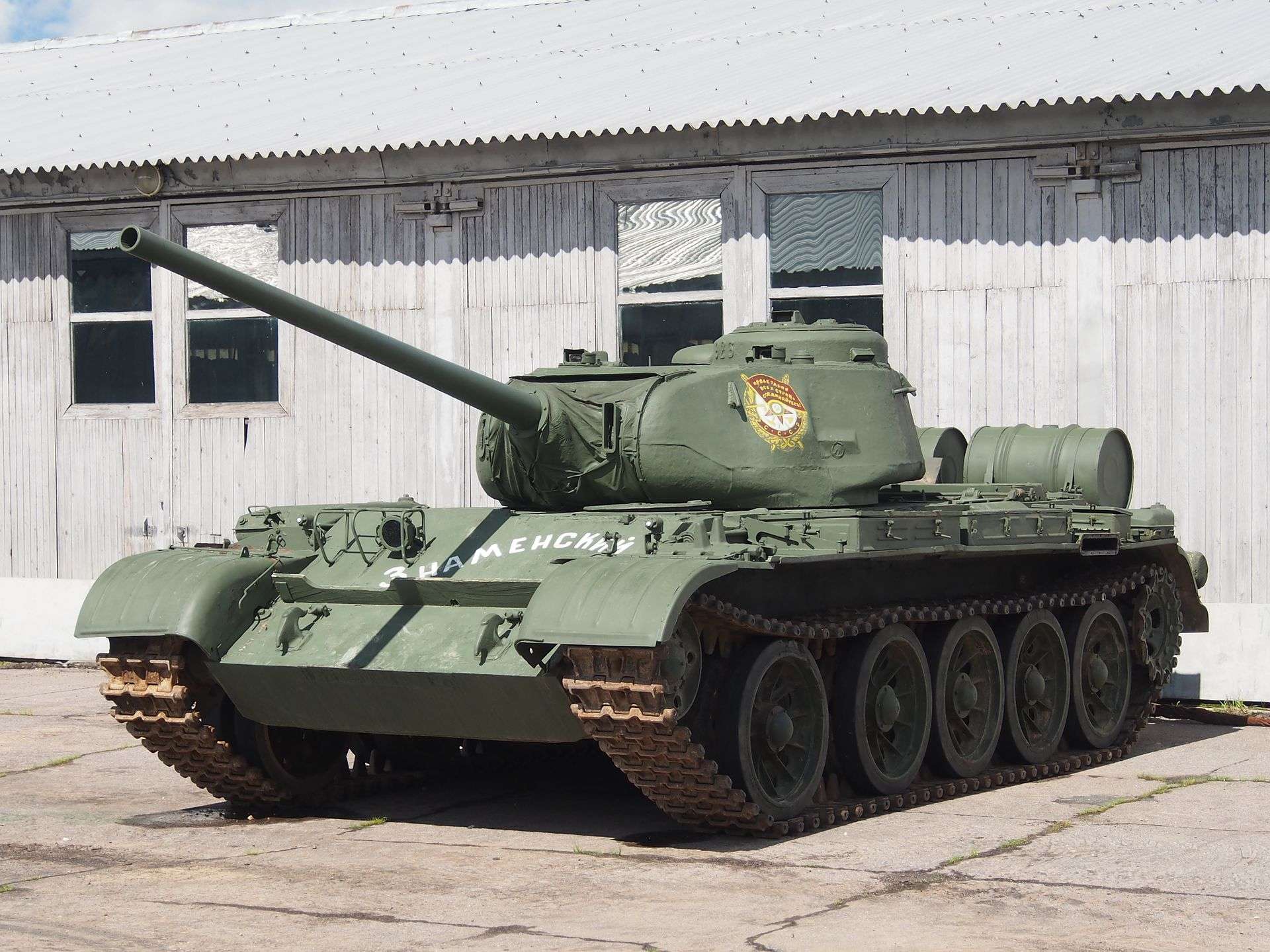 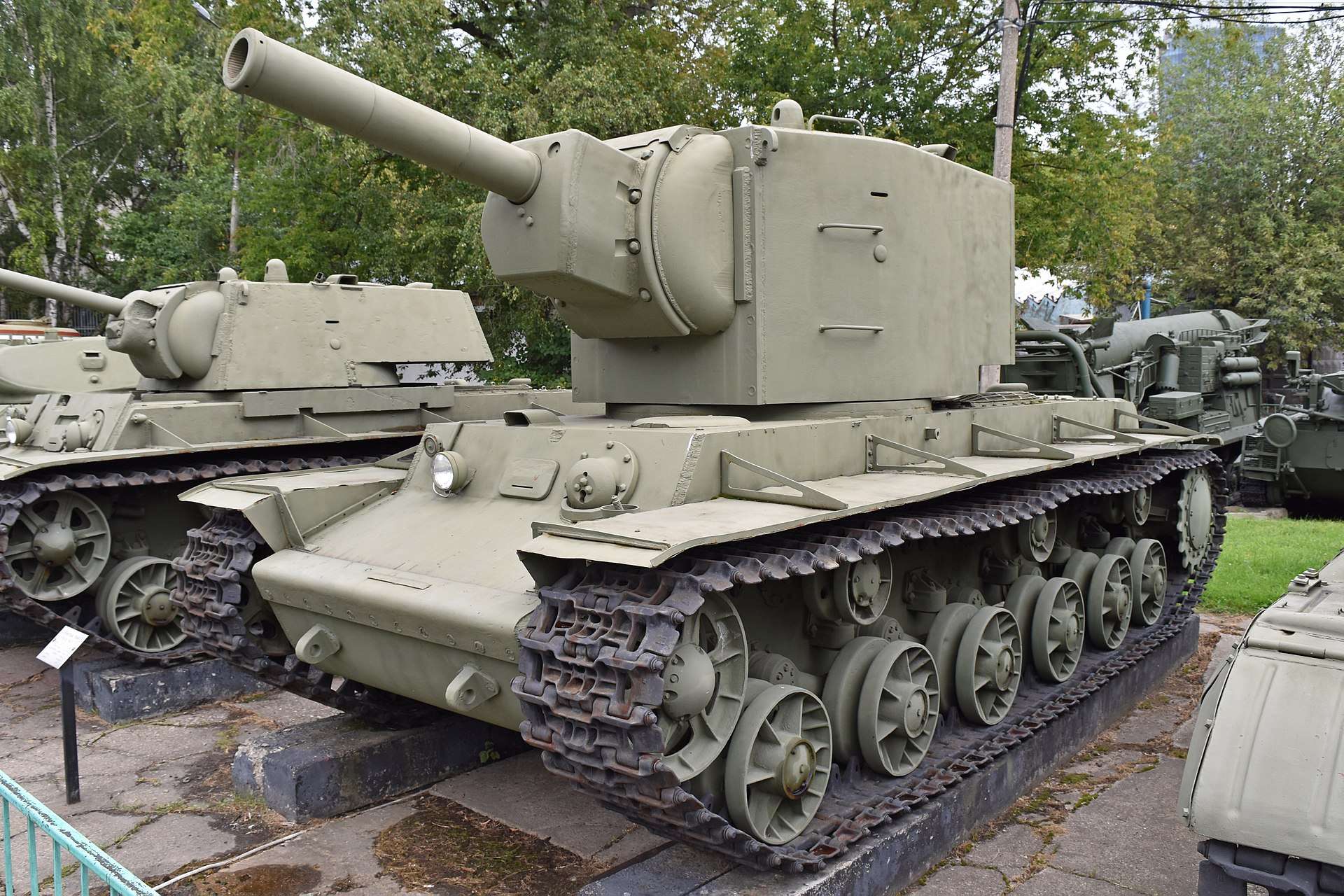