Oscillating turrets are a unique type of turret that can be found on some armored fighting vehicles. They differ from conventional tank turrets in a number of ways, most notably in how they look and move, plus their natural acceptance of autoloading mechanisms.

For a brief period – mainly in the 1950s and 1960s – oscillating turrets experienced an explosion in popularity.

Designers looking for new great breakthroughs explored this type of turret as they provided a number of useful benefits.

Most oscillating turret-armed tanks did not make it past the prototype stage though, as for the most part they do not offer enough advantages over conventional turrets to use them on a large scale.

There are a few exceptions to this however, like the AMX-13.

Continue reading to discover the good, the bad and the ugly of oscillating turrets.

What is an Oscillating Turret?

An oscillating turret is a turret that uses two separate parts to achieve rotation and elevation.

Conventional turrets are a single rotating unit that contains the main gun and crew. In this arrangement, the gun is moved left and right by rotating the entire turret, and moves up and down by pivoting the gun up or down inside the turret.

Oscillating turrets separate the turret into two – with one piece controlling elevation and the other controlling rotation.

These two parts are simply referred to as the “upper” and “lower” parts. The lower part is also sometimes called the “collar”.

The upper part contains the gun, and the two move up and down together as a single, fixed piece.

The lower part rotates the entire assembly like a conventional turret.

The upper part is attached to the lower part via trunnion, allowing it to pivot.

The French intensely experimented with this type of turret in the 1950s and were the first to bring a tank into active service with such a turret.

This was a fascinating era for tank designs, as the end of WWII and the beginning of the Cold War saw tanks become increasingly powerful and heavily armored.

The main motivation for using an oscillating turret is size, as they are usually more compact than conventional turrets and allow for a smaller hull. But they also offer a number of other benefits.

Inside a normal turret, there must be sufficient room above the breech of the gun to stop it hitting the roof when depressed. This requires a higher, and therefore heavier turret.

Any time the gun isn’t depressed this is simply wasted room.

With an an oscillating turret, the turret itself moves up and down with the gun, negating any need for extra room above the breech.

This difference means the gun can be mounted higher up in the turret, reducing the turret’s size and weight.

In combat a high mounted gun is extremely useful as it can make the turret a smaller target. As less “forehead” above the gun is exposed when cresting a hill, the enemy has to hit a much smaller target.

Furthermore, gun depression with an oscillating turret is only limited by the barrel touching the hull of the tank, rather than the breech touching the turret roof.

This is similar for gun elevation too. In a normal turret, when a gun is elevated its breech will lower into the hull of the tank. The turret ring must be large enough to allow for this.

As the upper turret section of an oscillating turret is mounted above the top of the hull, the breech doesn’t need to depress into the hull when elevated.

Finally, oscillating turrets are ideal for autoloaders. One of the biggest challenges of fitting an autoloader is ensuring the breech of the gun is lined up with the loading mechanism.

Tanks with conventional turrets will either have the autoloader follow the breech’s movement to keep in line with the gun, or automatically move the gun into a suitable position between shoots to facilitate a smooth entry for the next round.

Oscillating turrets make this much simpler as the gun is fixed to the turret. In this arrangement, the autoloading mechanism is permanently lined up with the breech and can load shells in at any angle.

This further helps to reduce the turret’s size, as an autoloading gun no longer needs the internal space for a human loader.

Despite these excellent traits, oscillating turrets come with a few inherent drawbacks that are virtually impossible to solve.

The two parts of an oscillating turret are naturally weaker than a single piece design, potentially making them an inferior choice for heavy tanks that are meant to taking a beating.

And although they can allow the gun to elevate without passing through the turret ring, elevation can be limited by the rear of the upper turret striking the hull deck.

But arguably the most significant drawback of an oscillating turret is the difficulty in sealing it for nuclear, biological and chemical (NBC) systems.

The gap between the two moving parts is usually covered by a rubber or canvas seal, but this is not as secure as a conventional turret. In an age where tactical nuclear weapons were a real threat, this was simply not good enough for many militaries.

In conclusion, these types of turrets are excellent at carrying a large gun on a small tank, and that’s one of the main reasons they have been employed.

The French have the most experience with these turrets. They discovered that the autoloaders for very large guns in heavy tanks suffered from poor reliability due to the size of the shells.

They did however see great success with smaller tanks armed with comparatively large guns.

Another Article From Us: AMX-50 Surbaissé – A Mighty French Autoloader

Other countries who experimented with oscillating turrets found that they didn’t offer significant enough advantages to justify switching over from normal designs. 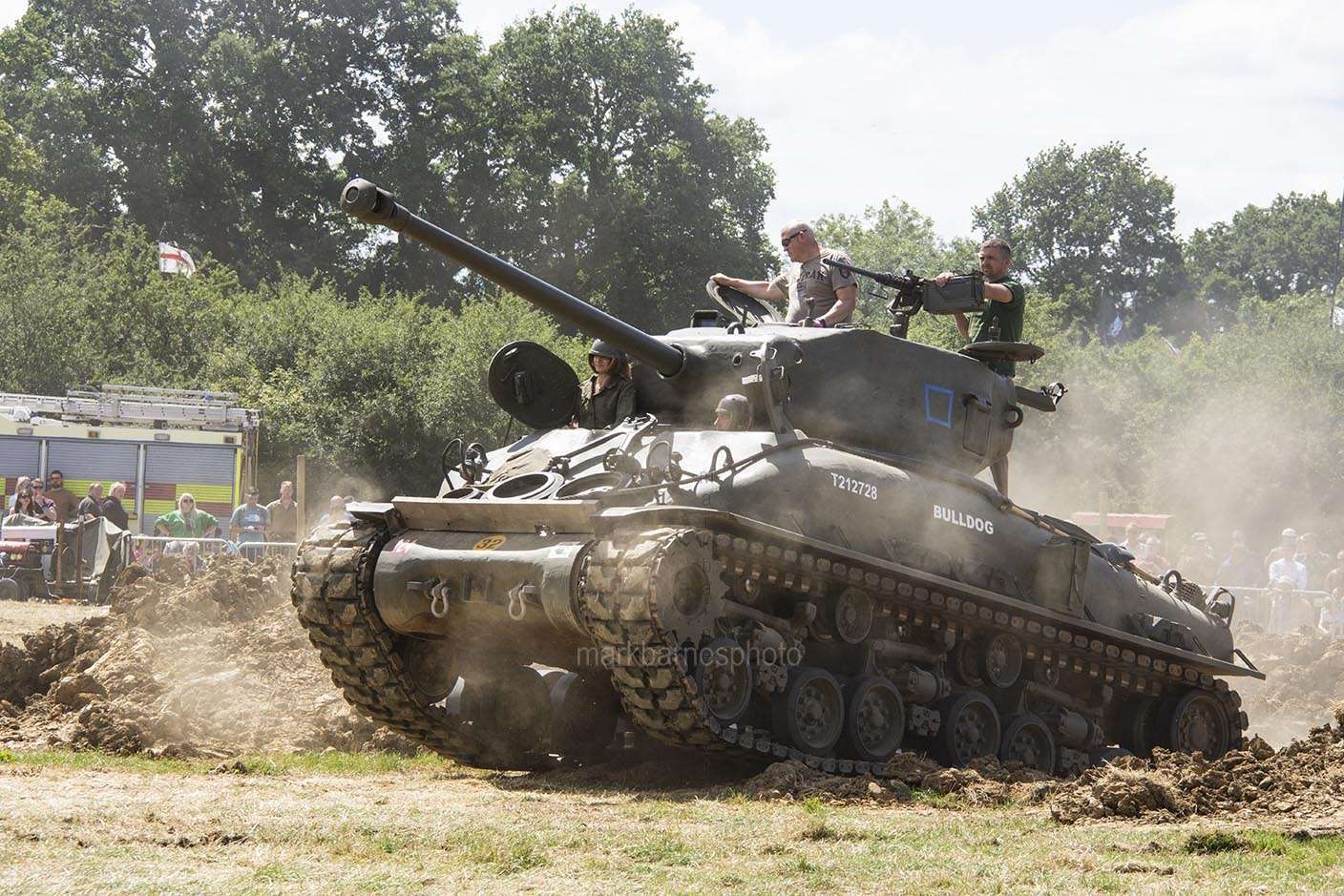 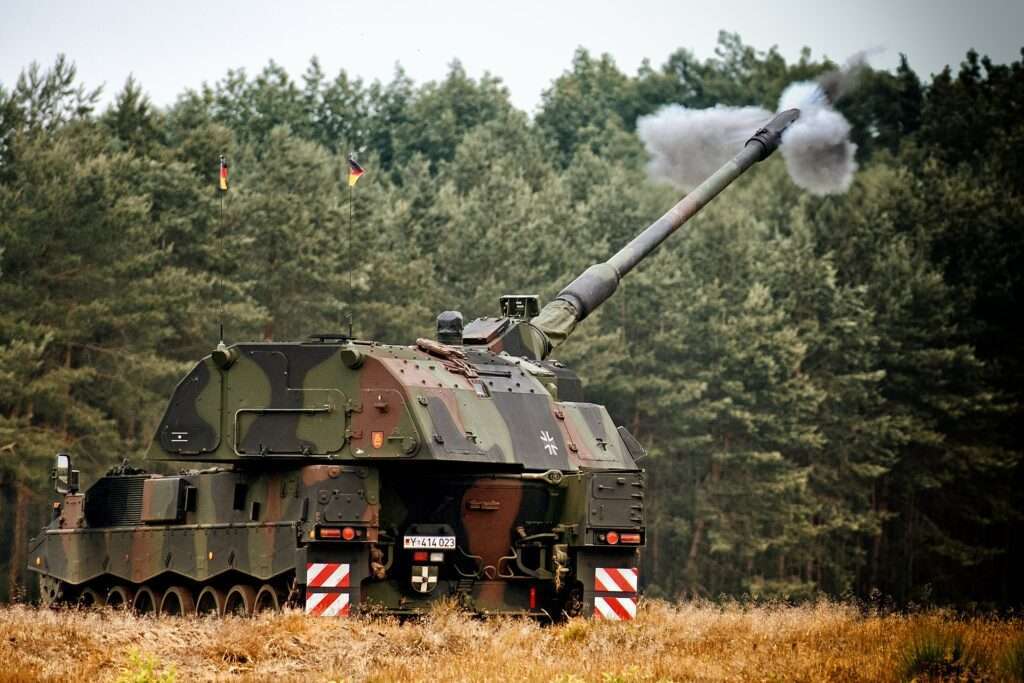 What Does a Muzzle Brake Do? 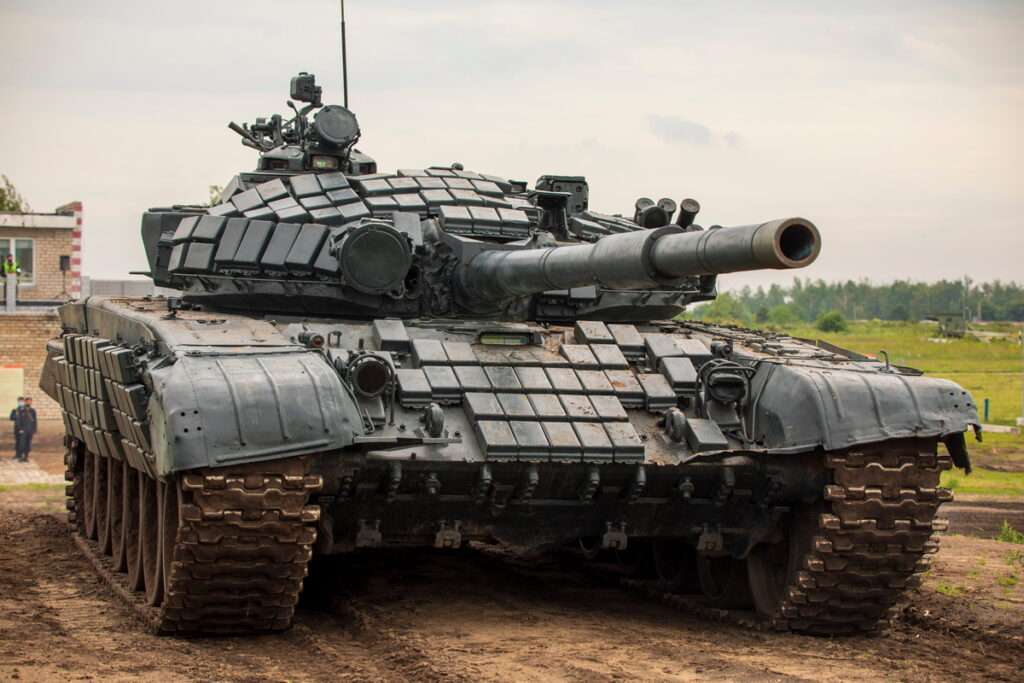