On the subject of tanks Japan is often left out entirely, so you may be surprised to hear that Japan currently fields one of the most advanced tanks on the planet, the Type 10. The Type 10 has many of the features expected of a modern MBT, but has a clear focus on an insane fire control system and connectivity on the battlefield.

It truly is a tank for the modern era.

The Type 10 is Japan’s current primary main battle tank (MBT), but so far less than 100 have been built.

Designed and built by Japan, it was developed from the ground up to operate perfectly in Japan’s terrain and integrate into its doctrine. Japan places a heavy emphasis on data sharing and connectivity on the battlefield, so the Type 10 is equipped with one of the most advanced command and fire control systems in any serving tank.

The tank can automatically detect, identify and prioritise threats, share them with friendly units and decide whether targets were actually eliminated. In addition to this, crews are given real time data about other Type 10s in their platoon, including their speed, location, fuel and damage status.

Despite its high-tech features, its development was heavily influenced by Japan’s situation in the aftermath of the Second World War.

After the Second World War, Japan was forbidden a military force until renewed international tensions unleashed by the Korean War and Cold War saw the Japanese Self Defence Forces (JSDF) established in July 1954.

Successive Japanese governments from this time have adopted a policy of self-sufficiency when it comes to the procurement of military equipment of all types, and this is facilitated by the resurgence of Japanese heavy industrial manufacturing from the 1960s onwards.

As a defensive force, Japan’s equipment is mostly geared towards optimal performance in its own country, a design philosophy that still impacts Japan’s military decisions today.

From the Type 61 in 1955, Japanese MBTs increased in complexity and capability, and often utilised unique design features seen as essential to Japanese strategic thinking. The Type 74 entered service in 1980, by which time its design was already approaching obsolescence, and the Type 90 was introduced in 1990 to supplement the earlier model tanks in service.

While the new tank was an excellent design with a good all-round combination of firepower, mobility and protection, Japan’s desires for what they wanted in a tank meant that the Type 90 had perceived limitations that could not be rectified easily and cheaply.

There are two major drawbacks with the Type 90, the first of which is its lack of a modern command, control, communications, computer and intelligence (C4I) capability.

Today, the JSDF places a huge emphasis on communications and data sharing between units on the battlefield. The Type 90’s involvement in this network is limited by its dated command and control systems.

The second issue is its weight of 55 tons.

This factor meant that many Japanese bridges and roads were off-limits to the Type 90, restricting it to Hokkaido Island only.

To overcome these shortcomings, Japan began work on a new vehicle in the late 1990s, initially known as MBT/X.

Read More Panzerhaubitze 2000 – The Self-Propelled Gun of the Future

The MBT/X program eventually produced a prototype in 2006, spending the next few years evaluating and testing the design. A prototype was unveiled to the public in early 2008, and was presented to the Ministry of Defence for appraisal.

Firing and software trials werealso carried out that year.

This was met with government approval in 2009, and ten vehicles were authorised for manufacture in 2010 by Mitsubishi Heavy Industries. The Type 10 formally entered service with the Japanese Ground Self Defence Force (JGSDF) in 2012, with 80 examples of the platform having been procured to date.

The Type 10 is 9.5 meters in length, has a width of 3.3 meters and a height of 2.4 meters. The basic vehicle is 44 tons unloaded and has a standard combat loadout of 48 tons, over 7 tons lighter than the preceding type 90.

While additional modular armor can increase its total weight to 52 tons for heavy warfighting, the platform is still able to be deployed anywhere within Japan, and can traverse 84% of bridges in the country, compared to 65% for the Type 90.

This armour is of a modular design, consisting of ceramic composite armour of a classified type, reported to be immune from penetration by 120mm kinetic energy rounds on the frontal arc.

The vehicle is powered by a 22.6 litre V8 diesel engine manufactured by Mitsubishi Heavy Industries that develops 1,200 hp at 2300rpm. This gives the Type 10 exceptional mobility, and coupled with a continuously variable transmission (CVT), allows the vehicle to travel in forward and reverse at speeds up to 43 mph (70 kph).

This ability is considered very important to the staff of the JGSDF, as Japan’s topography and mountainous terrain imposes restrictions on the movement of armoured fighting vehicles.

So when a Type 10 encounters an unfavourable tactical situation, this rapid reverse speed allows the tank to swiftly leave the immediate area without the need to turn the vehicle around and expose itself to hostile fire.

One of the Type 10’s distinguishing features is its adjustable hydro-pneumatic suspension. This is a design philosophy that has been implemented on Japanese MBTs since the Type 74.

This active suspension of this particular vehicle has a great amount of control, with the ability to “lean” to either side, lower the front and rear, or lower the entire tank. This feature is useful for Japanese terrain as it can boost gun depression and makes assuming a hull-down position easier.

The primary weapon system is a powerful 44 caliber, 120mm smoothbore cannon specially manufactured for the Type 10 by Japan Steel Works, with optional barrels supplied in both 50 and 55 calibre lengths. The gun on the previous Type 90 was a licensed version of the Rheinmetall Rh-120, so it is likely that the Type 10’s main armament is somewhat inspired by this weapon.

However, the Type 10’s 120 mm gun was developed to be as light as possible in order to keep the tank’s overall weight down. It is 13 percent lighter than the Rh-120, but it can still tolerate extremely high internal pressures. Japan is known for its high precision metal-work, which made this combination of low weight and high strength possible.

This weapon is supplied with the Type 10 armour-piercing, fin-stabilised, discarding sabot (APFSDS) ammunition, which was specially developed for this gun. Initially known as the Type III, it is a lightweight round of very high velocity that can only be used by the Type 10 MBT.

The main gun can also fire all standard Japanese and NATO 120mm ammunition too.

As with the French Leclerc MBT, the Type 10 is unique among NATO and Western tanks in utilising an autoloader for the main gun. This reduces the crew to three: commander, gunner and driver.

It holds 22 rounds (some sources state 14) for ready firing, and allows a rapid firing rate of one shot every 3.5 seconds. A further 14 rounds are stored in ammunition lockers in the turret and hull.

The autoloader and resulting removal of the loader contributes to the Type 10’s small size.

The coaxial weapon is a Type 74 7.62mm machine gun, and a licenced version of the Browning 12.7mm M2HB is fitted to the commander’s cupola. This weapon can be directly fired by the tank commander, or operated remotely with the hatch closed in urban combat situations.

But easily the most impressive feature of the Type 10 is its incredible command and fire control system, known as C4I. As mentioned, Japan has placed a high emphasis on battlefield communication, situation aware and data sharing between units, and this is proven by the Type 10.

The abilities of the Type 10’s C4I system is truly astonishing.

The Type 10 contains a vast number of sensors and systems that increase its lethality. It can search for targets on its own, and, when it finds one, will automatically identify the target type. If numerous targets are identified, the system will automatically color coordinate them by their threat level.

In addition to this, the fire control system will aim at the target’s weakest areas, and attempt to establish whether the target has been destroyed or not. If it can not establish this, it will suggest firing another round.

Platoons of Type 10s can share identified targets between themselves in real time, with the network automatically allocating each tank a target to prevent wasted shots and virtually eliminate friendly fire. Platoon commanders can even override the fire control systems of other Type 10’s if necessary.

Outside of the fire control system, the C4I system allows platooned Type 10’s to view each others’ location, fuel level, speed and more.

The Japanese Constitution only allows the use of armed force to protect the homeland from direct attack, and as such no Japanese tank has experienced combat action since the conclusion of the Second World War. However, the deteriorating geopolitical situation in the world today has seen much internal debate to allow Japanese forces to take a more active part in global trouble spots, some of which directly impact Japanese strategic interests.

As such, the Type 10 main battle tank may find itself in the forefront of localised and global combat, and its designers showed considerable foresight in the final composition of its combat capabilities.

The hydro-pneumatic suspension, excellent mobility and ground-breaking electronic capabilities make it an extremely able main battle tank, and a highly-survivable platform for its crews.

The Type 10 is one of the premier heavy armoured fighting vehicles in the world today, with arguably the single most advanced fire control and data sharing abilities of any MBT.

Its exceptional capabilities will only improve and become more formidable in the future, as the platform is only in the infancy of its developmental cycle and was designed for further growth potential.

While only eighty units are in current use, further procurement is considered likely, as the last of the Type 74s are retired, and the Type 90s approach their end-of-service date. With the international strategic outlook becoming increasingly desperate and uncertain, and regional and global tensions ratcheting up to dangerous levels, some observers speak of an eventual six hundred Type 10s equipping the JGSDF in the future.

If this is the case, the Japanese Self Defence Forces will be well placed to provide capable military forces of all types to provide regional stability, and to assist local and international allies in global trouble spots. 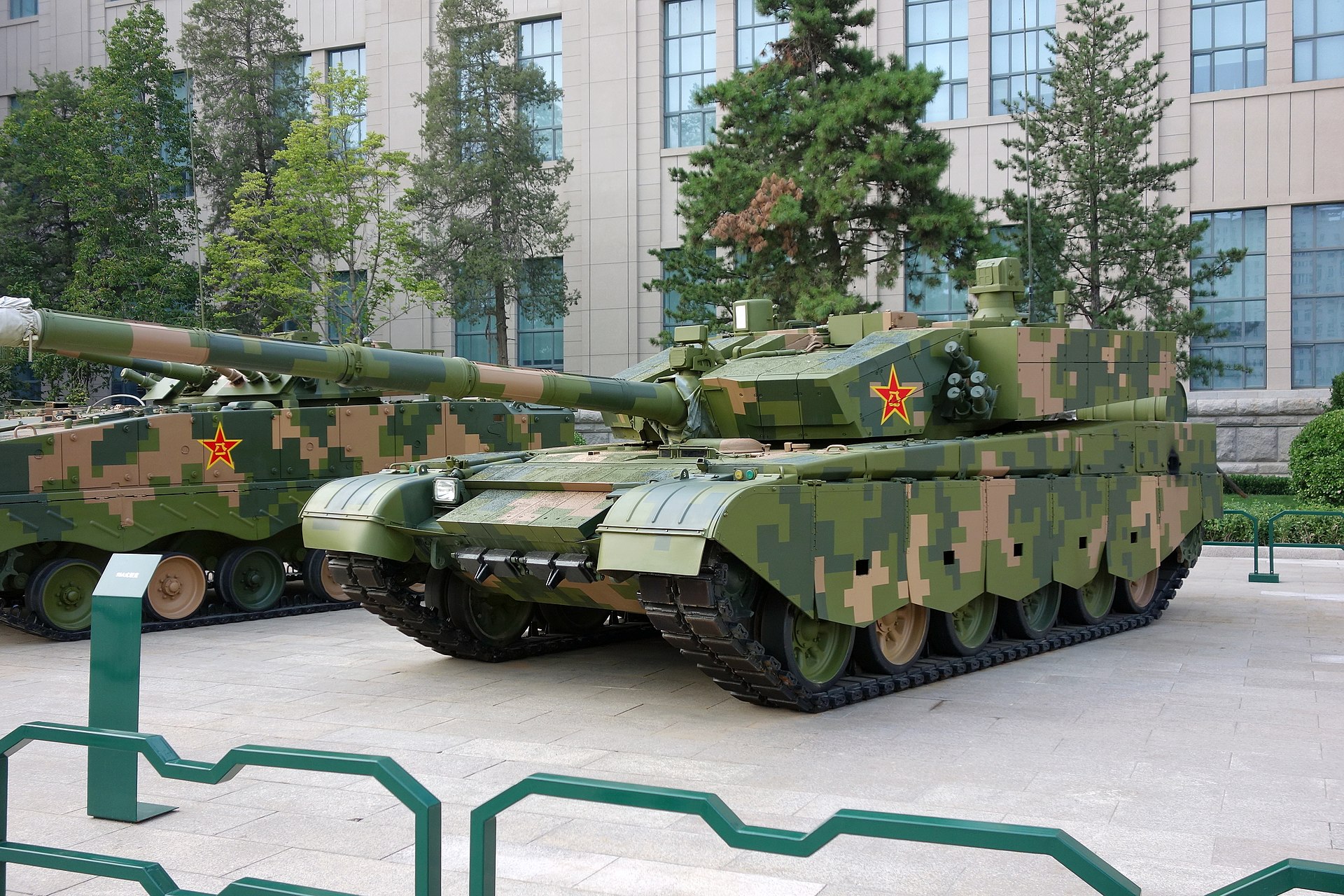 Type 99 – the Latest and Greatest from China 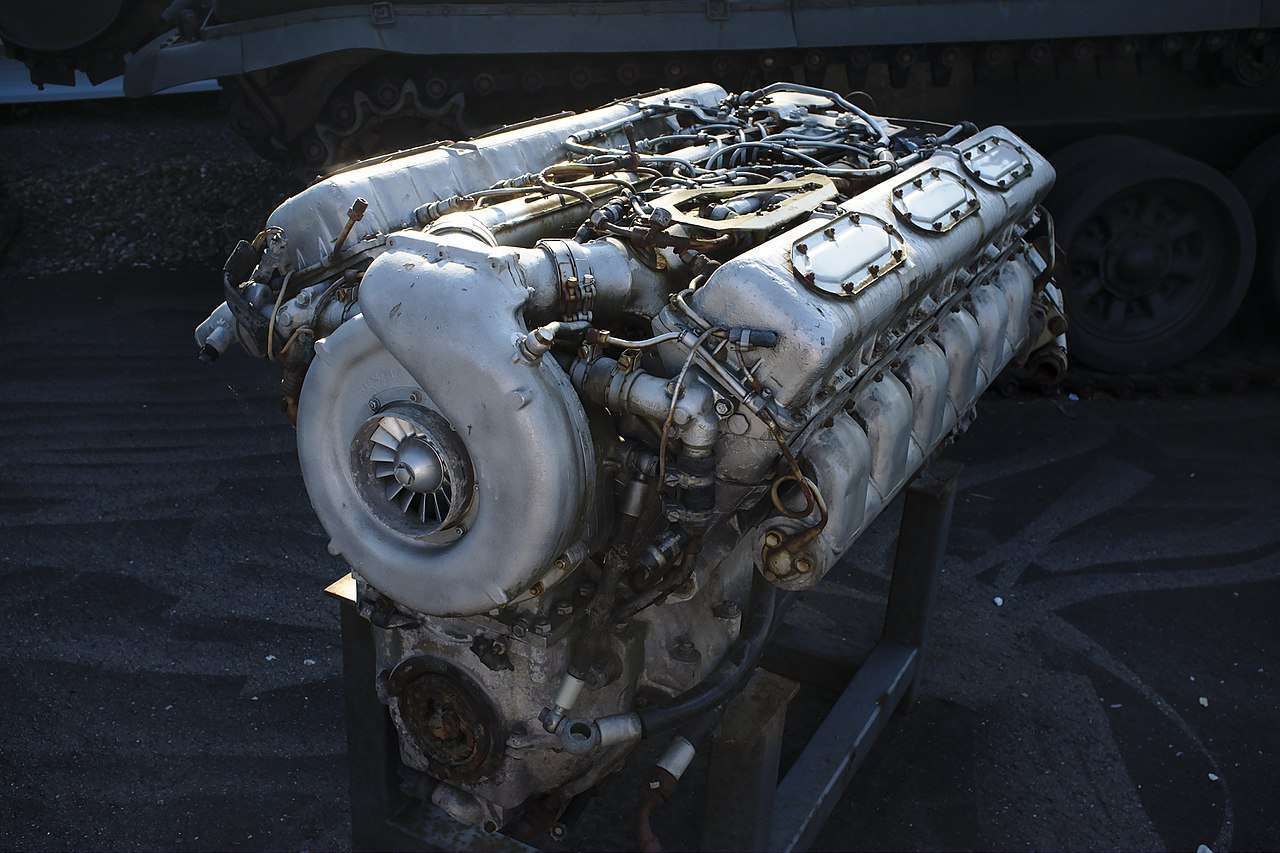 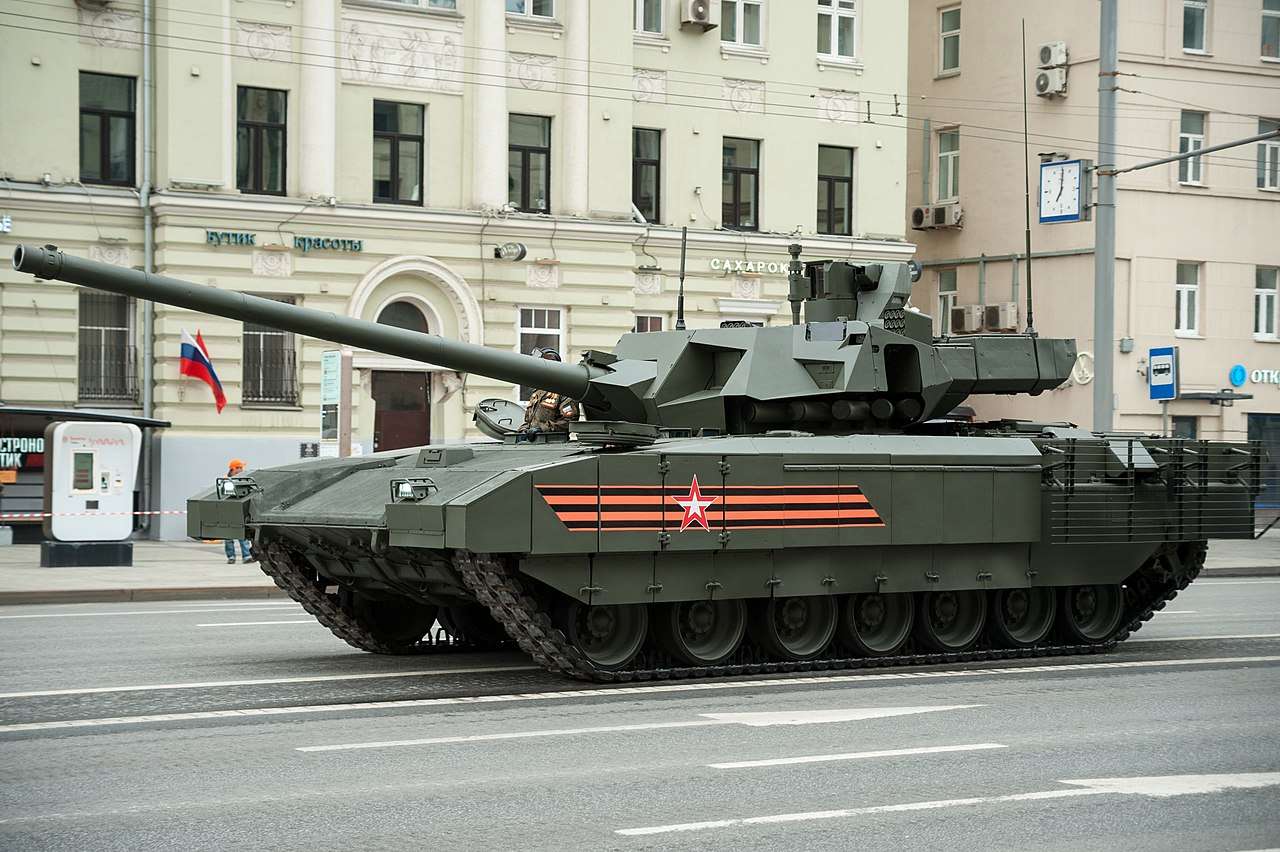