The T-44 is an interesting machine, born from the T-34, it is not known by many nor does it have a famous combat history. However it has been seen in plenty of Soviet and Russian movies and was an important step leading to the creation of the famous T-54.

The development of modifications of the legendary T-34 medium tank design reached their peak by about 1943-1944, so the Soviets began thinking about a successor medium tank with the combat experience gained from WW2 in mind. The main contenders for this role were the T-43 and T-44 tanks.

The T-43 was an attempted successor to the T-34, with similar proportions and slightly more armor.

However the T-43 fell short, as the T-34/85 modification was better suited for production in large quantities during the war and had good enough firepower, so the T-43 was not seen as the radical change needed to counter German armor.

That set the stage for the creation of the T-44, which was an entirely different design concept.

The development of the T-44 (Object 136) started in 1943 in factory № 183 in Nizhny Tagil under the supervision of lead designer Alexander Morozov. The idea of the design was simplistic – to create a low profile, highly maneuverable, fast and adequately armored medium tank as a successor to the T-34.

The first prototype was completed in the beginning of 1944, and two more were finished a month later.

The prototypes were tested using different main armaments, the rifled 85 mm D-5T, the rifled 85 mm ZiS S-53 and the rifled 122 mm D-25T. The D-25T was ineffective as the T-44’s turret was simply too small. It was impossible to achieve a satisfactory rate of fire and, as there was no stabilization, it was deemed impractical for use when the tank is in motion.

So in the end the 85 mm ZiS S-53 was chosen as a main gun. The vehicle chassis was specifically designed to keep the profile low – resulting in the T-44 being 300 mm lower than the T-34/85M.

The first prototypes used the V-2IS 500 hp diesel engine, but later the more powerful V-44 520 hp diesel engine was fitted into the tank. The engine of the vehicle was placed sideways in the hull rather than lengthways as in the T-34. This freed up room for a larger fighting compartment and helped create a lower silhouette for the tank.

In addition to this, it made it possible for the turret to be placed closer to the center of the tank’s chassis, bringing in the center of gravity and improving the vehicle’s balance.

During armor testing trials against captured German Panther and Tiger tanks it was shown that the armor of the vehicle was inadequate, so the production series version was up-armored, lowering the speed of the vehicle on road by about 6 mph (10 km/h). The final version of the vehicle entered serial production in November 1944 and a total of 1823 vehicles were produced until 1947, when production was diverted to the new T-54 tanks.

On the hull, its upper frontal plate was 90 mm thick and angled back at 60 degrees, while the vertical sides were 75 mm thick, and the back was 45 mm angled at 17 degrees.

Read More IS-3 – the Soviet Heavy that Scared the West

The overall armor of the vehicle could provide theoretical protection against a Panther tank at a distance of 1500 meters, on the condition that the frontal armor of the T-44 was no more than 50 degrees from the incoming shots.

However the T-44 could not withstand fire from the 88 mm guns used on either the Tiger I or Tiger II below 2000 meters.

The only improvement made to the T-44’s armor appeared on the up-gunned prototype, the T-44-100. This version features sideskirts intended to stop HEAT rounds. Like the T-34/85, the T-44 can use smoke canisters mounted at the back of the vehicle to create a smokescreen. An emergency hatch was located in the fighting compartment, below the gunner’s position and directly behind the driver.

Its gun depression of five degrees was exactly the same as the T-34/85, this is impressive considering the slightly lower profile of the T-44.

The T-44 featured no gun stabilization until the upgrade to T-44S and T-44MS in 1966. In all 58 rounds for the main gun were carried, stored in a large rack on the right side of driver’s compartment in the rear of the turret and on both sides of the hull.

The placement of ammo racks in the front is undesirable in any tank, but the designers had to make the machine lighter and smaller, so they used any space available. Aside from the main gun, the T-44 was fitted with two DTM 7.62 mm machine guns, fed by 1890 rounds of ammunition. One is coaxial and the other is fixed in the center of the upper glacis plate, operated by the driver.

Given the positions of the machine guns, the tank has no effective anti-air defense. Only the T-44-100 prototype featured a 12.7 DSHK machine gun on the top of the turret.

Another place the T-34 and T-44 differed was with suspension – the T-44 ditched the T-34’s Christie suspension and instead used torsion bar suspension. This gave the T-44 good dynamic capabilities in rough terrain, being capable of speeds up to 15 mph (25 km/h) with respectable manoeuvrability.

It has five road wheels, with a larger space between the first and the second, a layout that was inherited by the T-54 tank. The T-44 was modernized through the years and in 1961 many of the parts, including the engine, gearbox and road wheels were unified with those of the T-54, the upgraded version received a designation T-44M.

Read More Why do Tanks use Angled Armor?

Inside the T-44 is a crew of four – driver, gunner, commander and loader, one less than the T-34 before it. As there is no radio operator, the commander is responsible for this role.

The driver is in a separate compartment in the front left side of the vehicle and has his own hatch. The tank has two hatches on top of the turret. The loader’s hatch is flush with the roof and is on the same side as the ammo rack in front. The other is the commander’s hatch, which is round and has viewports.

The gunner lacks a dedicated hatch, instead accessing the tank though the commander’s hatch. In terms of placement in the turret – the gunner position is on the left side of the gun, behind him is the commander, and the loader is on the right side of the gun. The base T-44 was very robust, but the modernized T-44M from 1961 added significant improvements to the crew’s quality of life, including a heating system, better frontal lights, night vision equipment and a better radio.

As with many Soviet tanks of the era, like the IS-3 and IS-4, there were serious problems with the production quality of the first T-44s. One of the main issues was the required armor thickness, which often deviated far from the required production parameters.

At the beginning of production it took twice the time to produce one T-44 compared to a T-34/85, so by the end of the WW2 only 655 tanks of the type were produced.

The tank had another issue uncommon in Soviet tanks – it had problems with the draining of the engine cooling system, which, during winter, caused the undrained water to freeze and damage the draining pump.

It was put in to service with the Guards Tank Brigades of the Soviet Army first, and then supplied as training machines for crews. Some T-44 tanks were sent on the Far East Front during WW2 but did not participate in combat. During the Hungarian Revolution in 1956 there were T-44 tanks present as part of the invading Soviet forces.

With that said, the tank’s use was mostly as a training vehicle. In 1945 the project T-44-100, with it’s LB-1 100 mm rifled main gun, had already set the course for the creation of the T-54 main battle tank, and the modernizations of the T-44 in 1961 and 1966 were mostly made with the idea of making it an adequate training machine, incorporating many of the systems of the T-54.

Another major reason that the tank was used for training new crews was because it offered no nuclear or biological warfare protection and with it’s underwhelming firepower by Cold War standards, it could not be considered to be a contender for the backbone of the Soviet Armed Forces.

Still, the T-44 remained in service until the late 1970s, with some tanks being converted in to armored recovery vehicles called BTS-4 in 1967.

Read More A38 Valiant – One of the Worst Tanks Ever Built

After the 1960s the tank was famously used in Soviet and Russian movies as a mock-up of the German Tiger I and Panzer IV and the Soviet T-34/85 tanks. In the end the T-44 can be considered the son of the T-34 and father of the T-54. 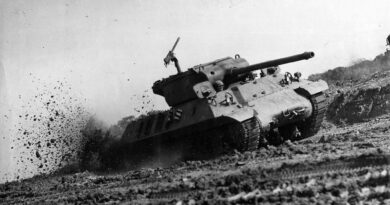 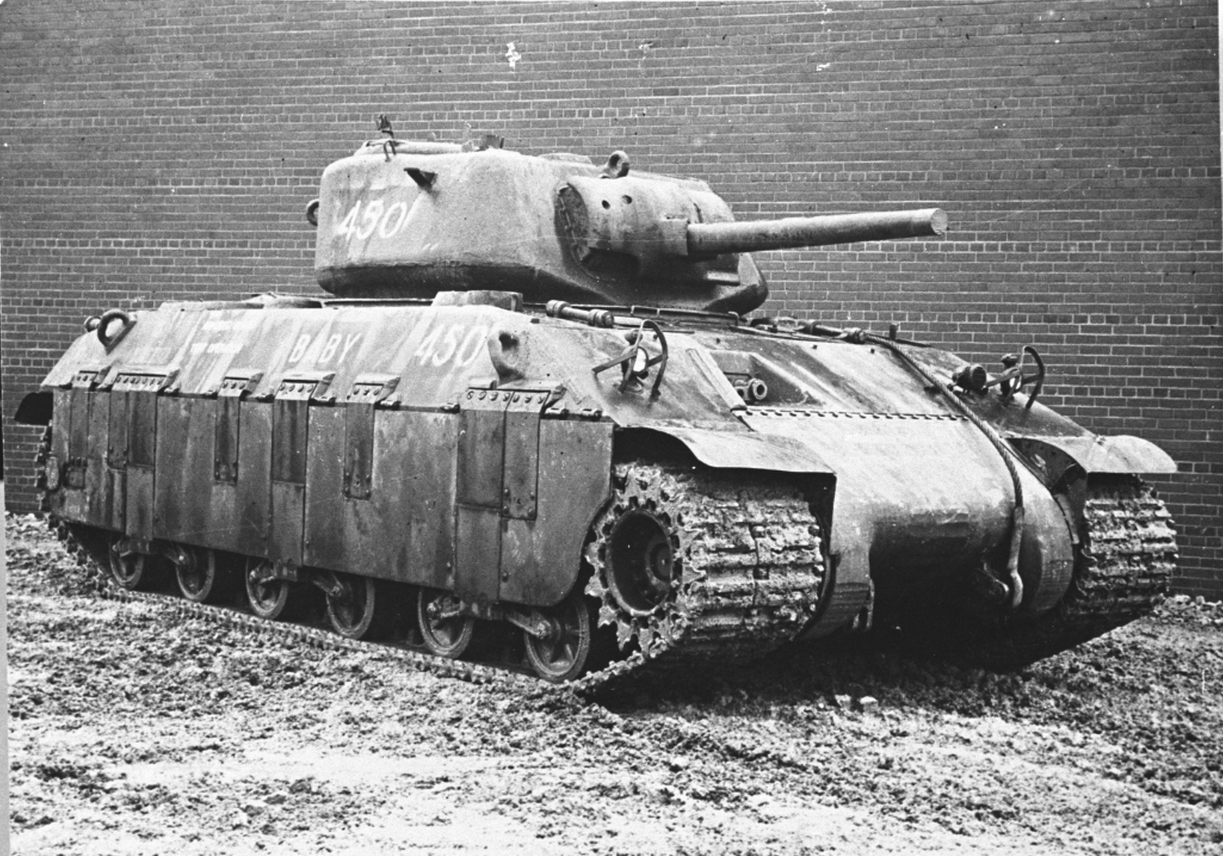 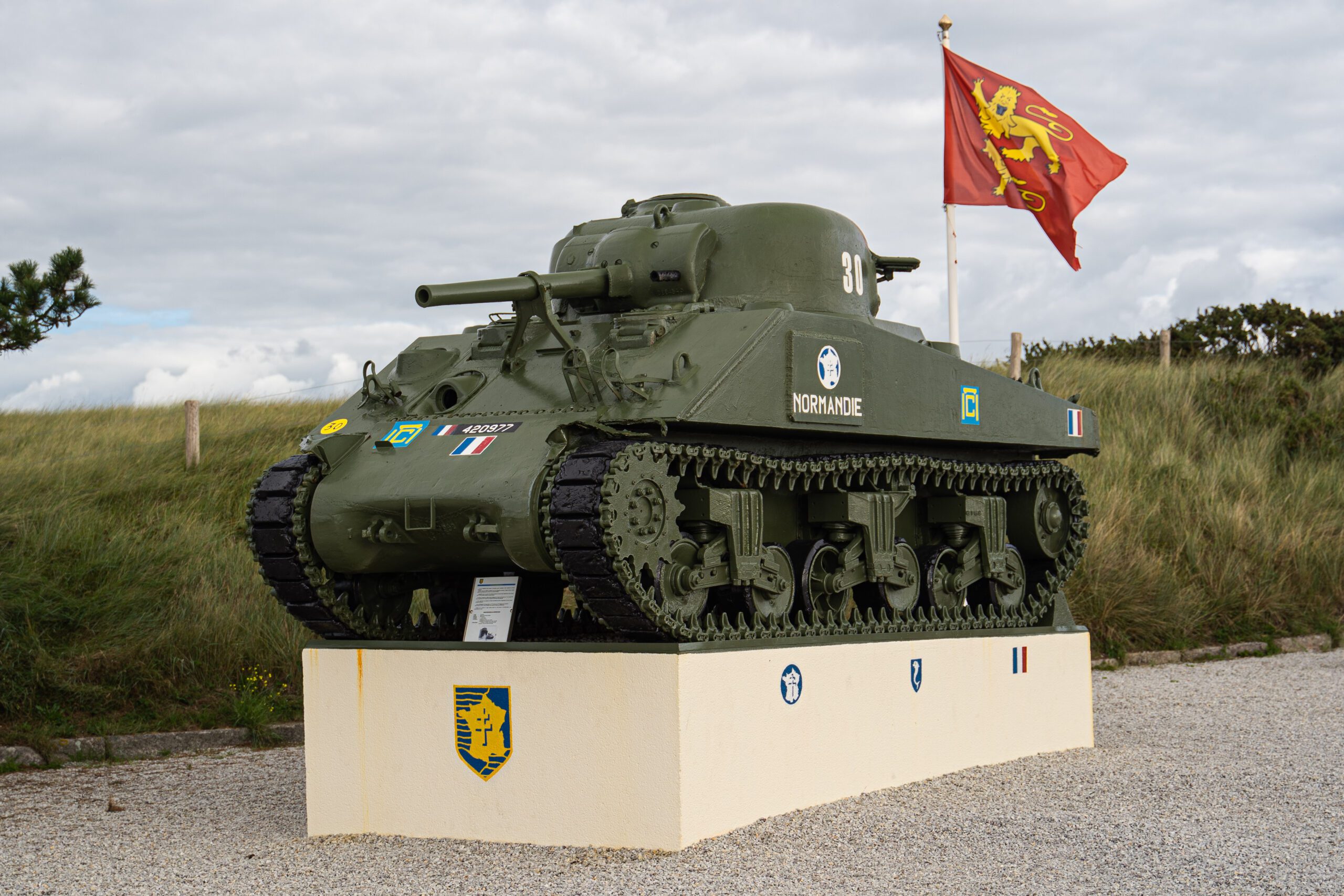