The Black Prince was Britain’s attempt during the Second World War to put the powerful 17 pdr gun into the trusty Churchill. How exactly do you go about that? By simply building a bigger Churchill, of course!

What could go wrong?

Army leadership envisioned such a super-Churchill design to lead breakthroughs alongside infantry with its powerful 17-pdr gun. However, engineers quickly learned that building bigger is not always better. By simply making a larger version of the Churchill, the Black Prince just inherited many of its current service issues once more.

Because of this, engineers floundered for years trying to perfect a tank design that had few supporters, and by 1944 standards was already seen as largely obsolete.

Before the Second World War started, Great Britain developed the concept of the cruiser and infantry tank categories. Cruiser tanks were meant to perform maneuvers and take advantage of breakthroughs. Hence, these vehicles were more lightly armored and faster than their infantry tank counterparts.

On the other hand, infantry tanks were meant to support infantry during assaults and were more heavily armored as a result. For the cruiser role, the British Army assigned vehicles such as the Crusader and Cromwell, while tanks such as the Matilda II and Churchill took up infantry tank duties.

The problem was that by late 1941, the success of the German 88 mm gun on the battlefield was becoming increasingly frustrating for the military. British army officials wanted to give its tanks similar firepower, and started work on fitting the 17-pdr gun into tracked vehicles, including the Churchill.

But it was not until 1943 that Vauxhall, one of the Churchill’s manufacturers, was asked to put its drawings into real prototypes. These wouldn’t arrive until 1945.

During this time, the A30 Challenger, designed to carry a 17-pdr gun on the Cromwell hull, was already in the late stages of development, with prototypes being made in 1942. But by late 1943, the introduction of the Firefly tank allowed the British to have a better-designed tank that met their firepower needs.

The existence of these vehicles would eventually play a large part in the Black Prince’s downfall.

The 17 pdr would not fit in a conventional Churchill due to the Churchill’s relatively small turret ring. A bigger turret ring was needed, which then forced the rest of the tank to increase in size to accommodate it.

Read More The TOG 2 – Behind the Memes

To do this, designers essentially took the existing Churchill VII and stretched it out.

The end result was a tank hull that was 28 feet long, 11 feet wide, and 9 feet tall. Weighing in at 50 tons, it was about 10 tons heavier than the Churchill Mk VII since it was four feet longer, about a foot taller, and a few inches wider. However, the basic hull layout was not the only thing that did not differ much, as the Black Prince’s armor also remained unchanged.

The Churchill Mk VII sported a 152mm thick glacis and vertical, non-sloped armor on its turret. Testing crews remarked about the design, saying that they did not care for it, deeming it inefficient since sloped armor was clearly the way of the future. Official reports from commanding officers assigned to evaluate each of the six prototypes echoed these concerns.

But arguably the most significant of all the complaints was the underpowered engine propelling this beast. The design team at Vauxhall gave it the same 350 hp 12 cylinder Bedford engine installed in the previous models of Churchill tanks.

The Bedford engine was already underwhelming in the 40-ton Churchill VII, so using it in a 50-ton vehicle did not make much sense.

With a top speed of 10.5 mph on-road and just 7.5 mph off-road, why the design team did not put the much more capable Meteor engine in the Black Prince is a mystery.

Historians have tried to speculate as to why Vauxhall made the Black Prince so underpowered. A wide range of theories exist. From supply issues to army distrust of engines made initially for aircraft, many plausible explanations have been put forth. Perhaps an even more reasonable one is a simple fact that the Centurion program was more promising.

The most likely reason is it would have required major redesigns of the Black Prince’s hull. This would have taken time and resources that the program simply didn’t have.

Once engineers had figured out the basic hull and engine, it was time to look at one of the recurring problems of the Churchill: the gearbox. The gearbox was known to stick or slip, and early trials of the Black Prince showed that this problem persisted.

Soon after drivers identified it, Vauxhall vowed to fix the problem. Records do not state what they changed, but the drivers’ reports found the fix satisfactory.

During test runs over rough terrain and roads, the test drivers found they had to consistently change gear with extreme haste. This didn’t leave much room for inexperienced drivers to make a mistake since, in just 1.5 seconds, the tank could go from 3.5 mph to a stop – a testament to how underpowered this vehicle really was.

The team also modified the suspension slightly to accommodate the larger mass. Designers added an extra wheel along with ten sets of load-bearing rollers, heavier brackets, and stronger springs.

Another benefit of the larger hull was the ability to store more ammunition. With so much extra space, the Black Prince could carry a combat load of 90 rounds consisting of three different ammunition types: Armor Piercing Capped. Ballistic Capped (APCBC), Armor Piercing Discarding Sabot (APDS), and High Explosive (HE).

In total, Vauxhall built just six prototypes, with no significant variations between them. The only notable difference in their service was that they sent off each one to a different testing site to evaluate various aspects of the tank like its gun, driving ability, watertight integrity, etc.

In May 1945, the Army officially announced that the Black Prince would not enter service.

Any hope of remaining relevant as a stop gap measure became null when the Sherman Firefly made its way into British units. Then, any hope of serious further development was blocked by the Centurion tank’s preferred and more successful trials.

Because of all this, when brass ordered Vauxhall to make just six prototypes, they did this more as a way to cover all their bases. Higher ups had ordered tanks designed to field a 17-pdr gun. By having numerous projects going on simultaneously, top brass could see that these officers carried out their orders diligently.

War Department memos evidence this by stating that the Centurion program had 20 prototypes while the Black Prince program had just six. Department leadership saw such low figures as proof positive the military had not taken the program seriously.

Alas, this black sheep of British armored development was resigned to the scrap heap, with just one of the six hulls in complete condition. A hull was removed off Salisbury Plain decades ago and now is in the ownership of a private collector.

Black Prince No. 4 currently resides at The Tank Museum in Bovington, while the rest are presumed to have been scrapped. 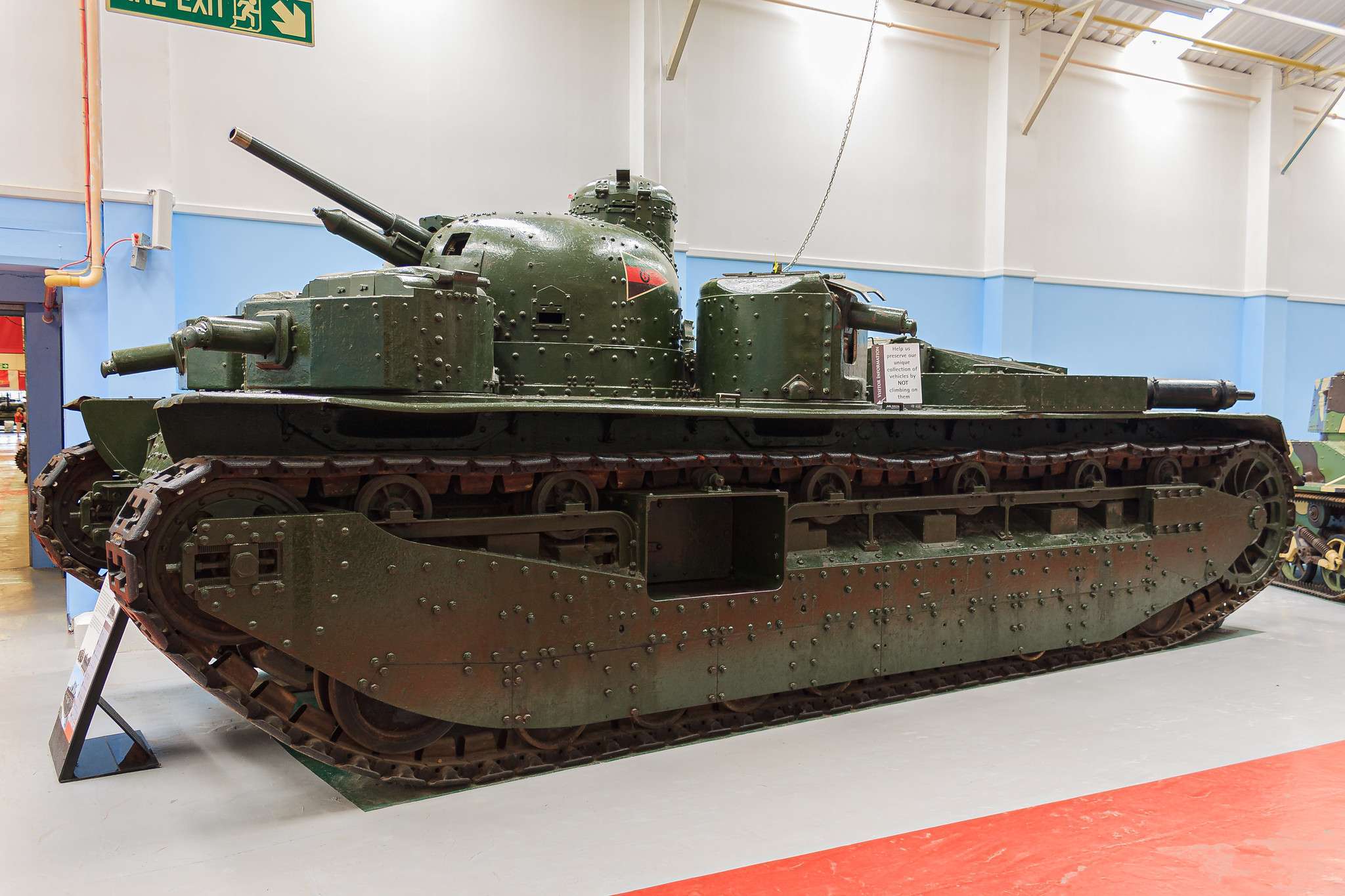