If you were to combine a WWI-era tank with a battleship, it would probably come out looking something like the Vickers A1E1 Independent.

This multi-turreted monstrosity was designed and built by the British in the interwar years as a heavy breakthrough tank.

You may have some assumptions about this vehicle – that it was too large, inefficient, over complicated and expensive – and you’d be right.

Just one was built, which was trialed extensively and proved that the design was, well, not very good. The British realized that more turrets did not equal better, and moved on from the idea of a land-battleship.

However the Independent was one of the most influential tanks of the 1920s and 1930s, with nations around the world likely imitating it.

In the early 1920s tanks were still a new concept, having first graced the battlefield only a few years earlier. This meant that the design and use of tanks still heavily leaned on WWI principles.

So when the British issued a requirement for a new heavy tank in 1922, they asked for a tank with machine guns on the sides, a 3-pounder gun in the front of the hull and a no turret. It also had to cross trenches.

Although it was a slight departure from the Mark V it was meant to replace, it was by no means revolutionary.

The War Office commissioned Vickers with the job, who soon realized that they were being asked to produce a rather outdated vehicle.

Vickers had recently completed a few vehicles that were equipped with a turret, so they understood the benefits of this feature introduced to the world by the French Renault FT.

To satisfy the Army and to present a potentially better design, Vickers drew up plans for two vehicles: one that met the issued requirements, and a second homemade multi-turreted vehicle.

These designs were shown to Vickers in 1923.

While the multi-turreted version clearly differed from what was asked, it actually received a large amount of support. This is not surprising, considering tanks had their roots in the navy, and Vickers’ proposal appealed to the highly desired “landship” idea.

In 1926 a single prototype was built in Vickers’ factory in Sheffield. The vehicle was designated the A1E1 Independent.

Few other vehicles have matched the Independent’s landship-”ness”.

Its general layout and proportions show a clear lineage to WWI-era tanks, but the Independent had more modern suspension, drivetrain and offenses.

To help cross trenches and accommodate the five turrets, the Independent’s hull was extremely long. It was supported by a complex running gear system similar to the one used on the Medium Tanks Mk.I and Mk.II.

The eight road wheels, their bogies and the six return rollers were partially covered by side skirts. Mud chutes prevented a build up of mud among the running gear.

Each side of the Independent has escape hatches. These are particularly unique.

They were specifically sized for a standard issue stretcher to fit through, making it possible to remove an injured crew member through here instead of pulling them up through a hatch.

But the Independent’s specialty was turrets: lots of turrets.

A large central turret contained a 47 mm (3-pounder) gun with three crew members: the commander, a gunner and loader.

In total the machine contained a crew of 8. One can only imagine the loss of life if they actually saw combat.

Surrounding the central turret were four smaller turrets, each housing their own .303 Vickers machine guns and a single operator.

The idea was that the tank would enter a hotspot of enemy forces, engaging tanks with its main gun while its four machine gun turrets fired on infantry.

The driver sat at the very front of the vehicle, flanked by two machine gunners in their own compartments.

Reportedly, its designers put a strong focus on the driver’s comfort, probably in a bid to move past the horrific driving conditions in WWI tanks. He was given as much room as possible and many vision slots.

Armor protection was at most 28 mm, which was adequate for the day and a nice improvement over the Mark V.

In total the Independent weighed 37 tons. It was originally slightly less, but modifications increased its weight.

In the rear was a 35.8 liter Armstrong Siddeley V12 petrol engine that developed an excellent 370 hp, although this did come at the cost of reliability.

Despite its size and weight, the Independent had a top road speed of 20 mph. This was a very respectable speed for the day, especially for a machine weighing more than 35 tons.

To put this into perspective, the Mark V heavy tank that entered service 8 years earlier weighed less but topped out at 5 mph.

Aside from its more well known aspects, the Independent was a truly novel vehicle, filled with many weird quirks.

For example, the back left turret (the tallest machine gun turret) was designed with extra gun elevation so the gunner could engage aircraft, giving the tank very basic anti-aircraft defense.

Another interesting feature – particularly for the time – was the presence of a device that showed the commander which direction the turret was pointed in relation to the hull.

This would eventually become a standard feature on tanks.

Perhaps the most fascinating though is the claim that engineers used sections of a 16 inch naval gun barrel to create extremely strong steering brakes for the Independent.

The singular Independent began trials not long after it was built. It was quickly found to have a large list of issues that were related to both the design and its operation.

The complex hydraulically operated gearbox, while easier to operate, proved troublesome and had to be reengineered. Meanwhile its brakes were actually too good and resulted in the running gear separating from the hull.

The engine was powerful, but it consumed 4.5 liters of fuel per miles, and more alarmingly, burnt through around 20 liters of oil per hour of running!

This was simply unacceptable.

Furthermore, the Independent’s commander was completely overloaded with trying to direct the driver and coordinate five separate turrets.

After numerous trials and modifications, the Independent had simply cost too much money, and the project was effectively discontinued in 1929.

During its development the Independent found itself at the center of an espionage scandal, with its plans being given to the Soviet Union and Germany.

It was officially cancelled in 1935. It eventually wound up as part of Bovington Camp’s defenses in 1940. In 1949 it was moved into The Tank Museum, where it remains today.

The Independent was too ambitious for its era, but incorporated many new radical ideas that would one day become standard.

The British had gotten their use from it, but the imposing looking Independent inspired nations around the world to produce their own multi-turreted vehicles.

Another Article From Us: A38 Valiant – One of the Worst Tanks Ever Built 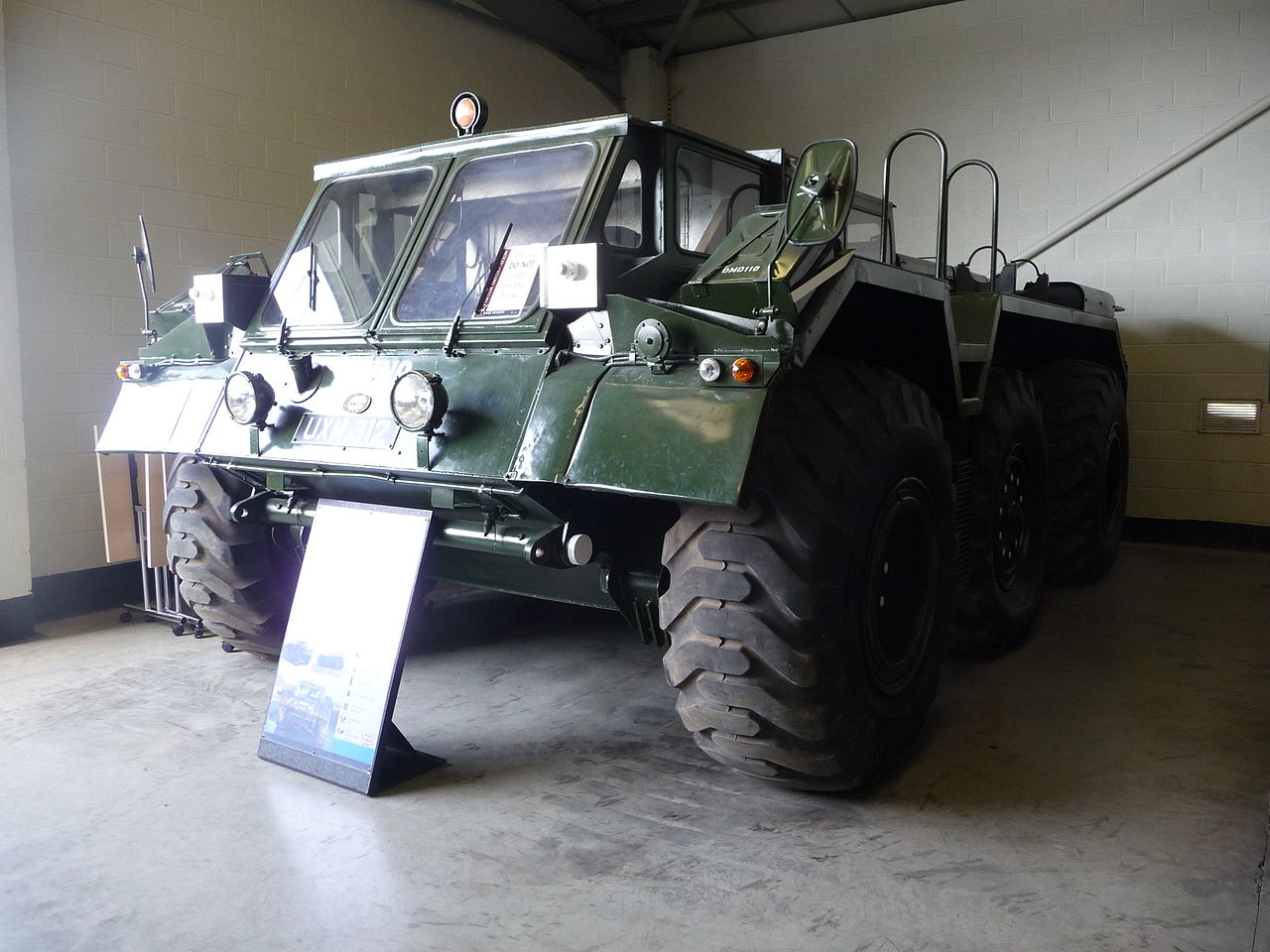 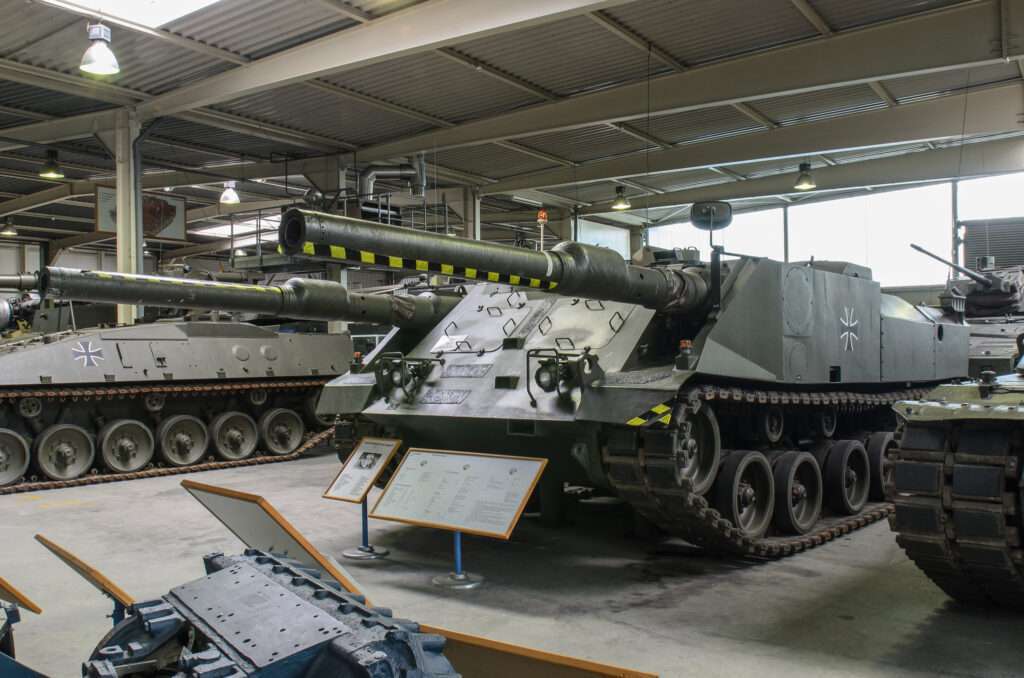 The King of the IS Heavies – The IS-7